The attack on reality and the ongoing attempts to corrupt the young have been accelerating in recent months, but there have been victories for common sense too.

Who is trying to corrupt the young? The dude in this short video for one.

It was posted originally to Tik Tok, and has been called ultra-creepy. Well, isn’t it?

The dude does have a point, especially at this time. Those of a certain vintage will remember the rhetoric used to  promote much anti-terrorist legislation at the time of and before the 9/11 atrocities – if you don’t allow us to: monitor your e-mails, your telephone conversations, your letters, your bank accounts, all your financial transactions…terrorists will murder your children.

And now you are being told we must wear masks and reduce our personal movements to a minimum or a virus will kill your children. In Australia, people are told the only alternative to such carnage is a police state, and indeed that is what Australia has become. But where will this end?

Returning to the dude in a dress, your daughters probably don’t need protecting from him, one look at him, and most girls would run a mile. Heck, so would most grown men. But they do need protecting from men who claim to be women or transsexual then turn up naked in the women’s sauna at the Wi Spa in Los Angeles.

They and the rest of us also need protection from disinformation, like this Guardian article about that incident.

“…a woman claimed on Instagram that a Korean spa in Los Angeles had allowed a ‘man’ to expose himself to women and girls in the women’s section.

The unsubstantiated allegations about Wi Spa in LA’s Koreatown neighborhood quickly spread from social media to rightwing forums to far-right news sites to Fox News, and were distorted by anti-transgender groups across multiple countries.”

Note the way the word man is put in brackets in order to suggest the person concerned may not have been or almost certainly was not a man. And as for this being an unsubstantiated allegation, it was filmed. The man in question who had clearly entered a woman’s sauna had tattooed arms and a very visible moustache. Moreover, this incident had been confirmed more than three weeks before this Guardian article was published. In other words, the paper was lying outright, gaslighting its readers in fact. He has now been named as REGISTERED SEX OFFENDER Darren Marenger, and is facing five felony counts of indecent exposure.

The trans lobby hasn’t always been as powerful as it is now, indeed it was non-existent until a few years ago. First came the homosexual lobby. The Wolfenden Reforms in the UK came into force in 1967 after more than a decade of lobbying; this decriminalised consensual sexual acts between homosexuals over the age of 21. Two years later, the Stonewall riots in New York would lead eventually to the decriminalisation of homosexuality on the other side of The Pond. But homosexuals were not satisfied; in Britain, they lobbied vociferously for the age of consent to be lowered. The loudest voice in this campaign was unwanted Australian import Peter Tatchell, who stood as a candidate in a 1983 by-election and managed to lose a safe Labour seat, the so-called Battle for Bermondsey.

In Britain, the homosexual lobby succeeded in having the age of consent for homosexual practices reduced to 18 then to 16, in spite of leading medical doctors warning about the danger this posed to young boys.

The leading organisation campaigning for the homosexual agenda was Stonewall. Officially Stonewall Equality Limited, it was incorporated on August 9, 1989. According to documents filed with the Charity Commission, during the financial year ending September 30, 2019, it had a total income of £8,315,995 yet somehow managed to spend £9,124,783. This isn’t totally surprising as it had 151 employees, 2 of whom were paid £100,000 or over, and 5 who were paid £70,000 or over.

Over the decades, Stonewall has churned out reams of homosexual propaganda, but now if focuses heavily on trans issues. According to its website, over 850 leading organisations had joined its “LGBTQ-inclusive workplaces” programme, something which may account for some of its £702,295 income from 9 government grants. But, and here is the good news, the new Police and Crime Commissioner for Surrey has demanded Surrey Police no longer partner with Stonewall which she says is promoting ‘dangerous transgender ideology that threatens the safety of our women and girls’.

Lisa Townsend was given space by the Daily Mail to espouse this common sense view, and the comment section was in unanimous agreement with her.

North of the border, a trial date has been set for Marion Millar, a fifty year old mother who has been charged under the Malicious Communications Act for posting a message on social media which some mischief-maker reported and which the British police, like the imbeciles they are, deigned to “investigate”. The backlash has been furious though, as has the backlash against the invasion of gender ideology into Scotland’s schools, including its primary schools.

Some have claimed this madness is being used as a gateway to paedophllia. While this claim is also mocked as homophobia and transphobia, the reader would do well to take note of the well-documented fact that there is a well organised campaign to lower or even to abolish the age of consent, and that this originated from within the organised homosexual movement. NAMBLA was founded in 1978 and is still very much alive.

The link to the way back machine doesn’t play a video for me. Anyone else having this issue?

It does play but you may have to give it a little time. 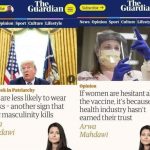 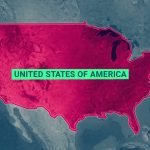