Take a look at this video. You will see what is lacking in the American military more and more each day as the commanders get swept up in racism and wokeness, instead of the belief in God that the founders of our nation once had.

Seeing this, one can simultaneously rejoice for the Russian people, who have come a very long way in finding their path home, to the Church, to salvation, for themselves and their military… and one can only feel sorry for the Americans, who are being carried off by woke, godless leadership.

It is a constant feature in what we call “Sacred History”, which, for the Christian, has its initial chapters recorded in the Bible (which the Church compiled for this very purpose – to keep accurate record of who God is, what the Church is, and who God’s people are): As go the leaders of nations, so goes the nation itself.

In other words, a God-fearing king is blessed with a stable and powerful nation almost every single time; even in Tsar Nicholas II’s reign we saw some of this with the Orthodox Church growing to its largest size and power, ever. But kings and rulers who reject the ways of Christianity inevitably find their rule afflicted with many problems, including being overrun and destroyed, either from the outside-in, or in Russia’s case, from the inside out in the Bolshevik Revolution.

President Donald Trump gave the United States four blessed years of pause from its hellbound rush, but now he is out of the picture, and our leaders are utterly Godless people. In the classic fashion of American “deception by title”, Joe Biden claims to be a Catholic, and Kamala Ha-ha-ha-harris claims to be Baptist. Both Christian confessions, right? And taken at face value, they are strict confessions.

But Joe Biden eschews the Church teaching on abortion, euthanasia, same-sex “marriage”, all the gender-bender stuff, and Kamala Ha-ha-ha-ha-harris was just marching with a bunch of perverts in the streets in Washington (conveniently avoiding any sort of walking along the US-Mexico border to see the disaster they caused there). How can their behavior be understood as being totally and diametrically in opposition to the “faith” they claim to have?

Many Americans fall for the ruse, too, because Christianity is not really what is important to them. What is usually more important is that the politician agrees with their own comfortable viewpoints, and America is experiencing such a rash of fancied self-sufficiency that many people think a miracle from God is when Apple drops the price of an iPad fifty bucks. In other words, they do not know what it is to rely on God for their very existence, their very life or breath. We can say it, and many of us do, and think we really mean it, but we honestly have no idea.

This is why the Church closures during the Wuhan COVID waves were so easily accomplished. Not enough people thought it was wrong to fight it. The Christian Church has never run from a plague like it did with COVID, which is still a relatively minor one. Some of the people that stopped going will never come back, either, having come to the conclusion that they no longer need to, because everything is fine without going.

So, seeing a nation in our modern times that has simply decided to stick to the Lord is refreshingly simple. Russia is not perfect. Its leaders are not perfect. But it has many things right that are only going to benefit this nation and her people. Oh, that we Americans would put aside our false pridefulness and look at this reality!

Guns and science are useless without faith to God.
They forgot God. Better still they ran Him out.

Really ?? Before my Battalion was shipped of to Vietnam, we visited every religious denomination in the city, at each one we were blessed by the current authority of that religion. The thing that stood in my mind the most, was each religious authority told us we were doing God’s work, then blessed us. On arrival in Vietnam, I discovered we were NOT doing God’s work. If we were, then God was a nasty murdering entity, especially as the Vietnamese were fighting, many of them were totally committed Catholics. Yet here we were, killing them on sight. So much for… Read more » 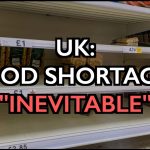 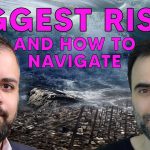