Earlier this month, Andy Ngô gave a short interview to Lisa Kennedy of Fox News in which he pointed out, not for the first time, that Antifa and their fellow travellers want “us” dead, us being anyone who supports Donald Trump, or the Republican Party, or basically anyone who disagrees with them. Ngô knows what he is talking about, and has not just the bruises but the brain haemorrhage to prove it.

What though do they do if they can’t kill you? Well, cancelling people is a good second best, and probably won’t result in a police investigation. And if you can’t be cancelled? Anyone can be smeared, including anonymously, but some smears have more credibility than others, especially when they are presented by supposedly reputable dissident media. Such was The Intercept, alas that organisation is reputable no more.

In 2014, Glenn Greenwald founded The Intercept along with two fellow travellers. Last October, he resigned, complaining he was being censored. Now, The Intercept has gone from censoring to smearing, as with this nearly 25 minute video about “right wing” video and photojournalists whose viral videos are being used to smear Black Lives Matter, the viewer is told. In spite of the “occasional” looting and rioting, the Black Lives Matter protests have been overwhelmingly peaceful! There was also the occasional murder, and for some, these protests have been extremely profitable – while its supporters are out on the street destroying public and private property, founder member Patrisse Cullors has been buying property in largely white, exclusive areas, but any mention of this is “dangerous” as she told Mark Lamont Hill, not to mention both racist and sexist.

While making some valid criticisms of the coverage of these violent protests by the “Riot Squad”, the claim that the Democrats encouraged this violence is 100% correct. Both Hillary Clinton and Kamala Harris stated this emphatically, while those lower down the Democrat food chain were even more emphatic. The damage caused to property ran into hundreds of millions of dollars, and was not confined to the United States; there were riots as far away as the UK and Australia, and however many times they may repeat it, the death of George Floyd had nothing to do with race, it was at worse caused by an idiot police officer who knelt on Floyd’s neck for nearly nine minutes, and then only maybe. Whatever else it may be, this isn’t a “racial justice movement” as claimed here.

The Riot Squad are further criticised for concentrating on riots while ignoring peaceful protests. That’s why they are the Riot Squad, dummy.

A white motorist who was knocked to the ground by someone then kicked in the head by a black security guard – who took a running kick at him – was said to have been the victim not of political violence but of a “nasty personal dispute”. Oh, that’s all right, then.

A lot more could be written about this video, but the bottom line is that Elijah Schaffer, Drew Hernandez, Andy Ngô and others are denounced for doing their jobs. As for smears, who are the real victims of political smears in the United States where everything from its constitution to mathematics is denounced as racist? 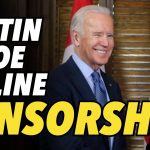 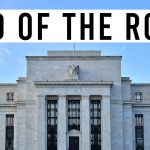