If you haven’t heard the name Hunter Brittain, the teenager was shot dead by an Arkansas deputy in the small hours of June 23. Hunter was unarmed. And white, which is probably why you haven’t heard of him. Black conservative Tommy Sotomayor doesn’t appear to have heard of him until mid-August, but he certainly made up for lost time. Here he is asking candidly why have there been no riots?

No, there were no riots, but Hunter’s family and supporters protested for several days outside the Lonoke County Sheriff’s office.  Actually, there was national publicity, but nowhere near as much for many less controversial cases, like that of Rayshard Brooks, for example.

On July 1, the Lonoke County Sheriff issued a video statement in which he revealed that the officer who killed the teen had been fired because he hadn’t turned on his bodycam before the “engagement”.

Hunter’s family have called for police reform; on July 6, his  memorial service was attended by race hustlers Ben Crump and Al Sharpton; the World Socialist website commented cynically that “charlatan” Sharpton and Crump were “seizing on the death of the white youth in order to promote President Joe Biden’s mild reforms in policing and still maintain the fiction of white privilege.”

Did a leftist outfit claim white privilege is a fiction? That’s right, because if you are white, you too have the privilege of being shot dead by an officer of the law with no justification. It would be easy to share this opinion of Sharpton and Crump, but the Reverend in particular has been around long enough to realise the truth about privilege, that it comes principally from money, although the privilege money can’t buy is something else, and far more sinister.

Here are statistics for people shot dead by the American police since 2017 with the usual breakdown by race, a number staggering and shocking in equal measure. To date this year, one person has been shot dead by the British police, a man who had already committed one murder and would almost certainly have committed a second had they not intervened. Whatever spin people put on it, gun crime and the police response to perceived gun crime, including the wholesale slaying of unarmed, innocent people, is largely an American phenomenon. 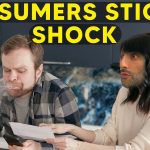