Well, did he? That is the opinion of the vlogger known as Black Conservative Patriot. On the other hand, the black but far from conservative Tiffany Cross on MSNBC dismissed the Senator from Texas.

Take a gander at both clips then make up your mind.

None of what he said is true, Cross claims, without specifying why. On the other hand, BCP is very specific. See this video from around ten and a half minutes. The election bill, if passed, would indeed federalise the election process. It would also remove all meaningful voter ID. Democrats have attacked voter ID as, you guessed it, racist. So blacks in particular are too stupid to obtain ID? That appears to be what they are saying. So if people can vote without proper ID, perhaps they can withdraw money from the bank on the same terms? As Cruz pointed out, the misnamed For The People Act is the very opposite of what it claims; trying to ram it through at 3.30am was a typical dirty trick with a long history. The Federal Reserve Act was pushed through on December 22, 1913 when everyone was anxious to get away for Christmas. America and the world has paid the price ever since.

The most noticeable feature of the Cross diatribe is her racial vitriol: “…and…we know what people he’s referring to”.  Then she shows a chart which indicates the white majority of the United States is shrinking – diversifying, she calls it. She is clearly enthralled by the thought, totally oblivious of the fact that she is one of the most privileged women who has ever lived, and that her high standard of living is due entirely to the few hundred long dead white men she so obviously despises, men who invented everything from the light bulbs in her apartment to the shower in her bathroom to the refrigerator in her kitchen to the cars, trains, and planes that take her to work or on holiday. And no Joe Biden, the light bulb wasn’t invented by a black man.

Cross will continue to whine about “the MAGA crowd” without realising she is fiddling while Rome burns. The Democrats and their shock troops in Black Lives Matter have all but destroyed America’s inner cities where most ordinary blacks live, those who unlike Cross did not have the benefit of a middle class upbringing and a university (mis)education.

The mainstream media smears that have been directed at Cruz over the last few days prove he at least hit a nerve, but did he save the Republic? Only if at the very least the Republicans can take back the House next year, otherwise America will deteriorate into a Third World slum while China continues to ascend, Xi Jinping and his men being not the slightest bit concerned about charges of racism, the fate of the Afghans, or anyone but their own people. 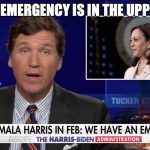 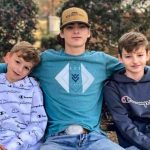