Even more curious is that there is a group of people who have no talent or even a negative talent yet are extremely successful while continuing to bite the hand that feeds them. These people are found in the American media and even more frighteningly in academe where their at times insane pronouncements lead to social policies that are detrimental to everyone outside their small, elite circle. Tiffany Cross, who was recently booted from MSNBC, is an example of the former, while Khiara Bridges is an example of the latter.

Cross was said to be on a salary of $200,000 a year for hosting one show a week. Nice work if you can get it. She used her position as one of the most privileged women who has ever lived to attack Kyle Rittenhouse, Donald Trump and everyone else she didn’t like as white supremacists. Eventually, her race-baiting was too much even for an ultra-liberal network, and her contract was terminated.

Khiara Bridges is even further off the planet. She is said to have published three books and to have contributed to many law journals, but whether she likes it or not, she will be best remembered for her insane performance in front of the Senate Judiciary Committee and the world wherein she told Senator Hawley that men could become pregnant and that if he didn’t believe that he was “denying” that trans people exist. The Huffington Post reported this interchange as Law Professor Takes Down Josh Hawley, a farcical claim.

It is difficult to believe Khiara Bridges is a full professor, but she does have real talents – fluency in Spanish and ballet training. Perhaps she could join a Catalonian dance troupe where she wouldn’t make such a fool of herself?

Alas, there are also many talented people who don’t get a look in. Dermot Crossley is the best comedy writer you never heard of. He may not be in the same class as Dave Chappelle (who is) but in the 1980s he started a comedy bulletin which he hoped would attract a large subscription base from comedians. Then the Internet came along and finished off the job TV had started. After that he turned to writing novels, but many are called, few are chosen.

Dani Clay is a singer-songwriter who became “world famous in Essex”. She had some international success but the chances are you have never heard of her.

Finally, there was and perhaps still is a Chinese computer technician living in London who had an interesting sideline as an inventor. A batteryless bicycle light was his best and most successful invention – successful with a small s. Others have now entered the field and whether or not these other batteryless lights are better, they are certainly more expensive.

The reality is that capitalism doesn’t always reward the best, but it does reward the most popular as well as those who are favoured by people in high places, not always for the noblest of reasons.

True take number 45, a billionaire reality tv, real estate tychoon. He has successfully portrayed himself as a man of the people. He tells the audience what they want to hear, and then when he does not come through the people chair him on. Portaying himself as an enemy of the deep state, while infact he is himself a creature of the same pond. Or Elon Musk saving “free speech” on Twitter, only to continue the same algoes that favours the big and relegates the small and independent content creators to be shadow banned. Yet the people hail him as… Read more »

I always ask people this… “Out of a country of around 300 million are you telling me this is the best we can do?” Think about it. How utterly pathetic is the entire charade. And yet the mob cheers this sad altogether staged and scripted cage fight as if it means anything.

The sad thing is that, the West and much of the rest of the world is in serious dire straits. The energy situation is bad, the economic situation worse, we have manufactured and exaccerbated a healthcare crisis through bad policies to avoid dealing with these issues for the past almost three years. Now that we are staring at the hurricane. We upsess about twitterpolls to avoid dealing with the predicaments at hand. I’m sure the billionaires are going to be all fine and dandy at Zelenskys mansion, during their next fundraiser for the Trump campaign. The oligarchy can just invent… Read more »

“The oligarchy can just invent a new crypto exchange and fund themselves” The cryptocurrency exchange FTX and Alameda Capital was run by Sam Bankman-Fried, who also ran hundreds of companies and other enterprises. In the 2022 midterms, he was the second-largest donor to the Democractic Party, just behind George Soros. He even pledged to donate one billion dollars to the Democractic Party in the 2024 election. His cryptocurrency empire of “financial genius” turned out to be a bunch of swindlers, who were illegally trading their depositor’s cash and other assets, between their FTX crypto exchange and their trading firm Alameda… Read more » 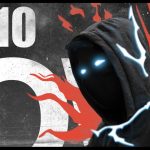