In the New York Times Thomas L. Friedman wrote “If you can’t take a joke you shouldn’t come to London right now because there is political farce everywhere. In truth though it’s not very funny, it’s actually tragic… What we’re seeing is a country that’s determined to commit economic suicide but can’t even agree on how to kill itself.”

He went on to say we were led by “a ship of fools” unwilling to “compromise with one another and with reality… an epic failure of political leadership,” scary stuff “but you can’t fix stupid.” 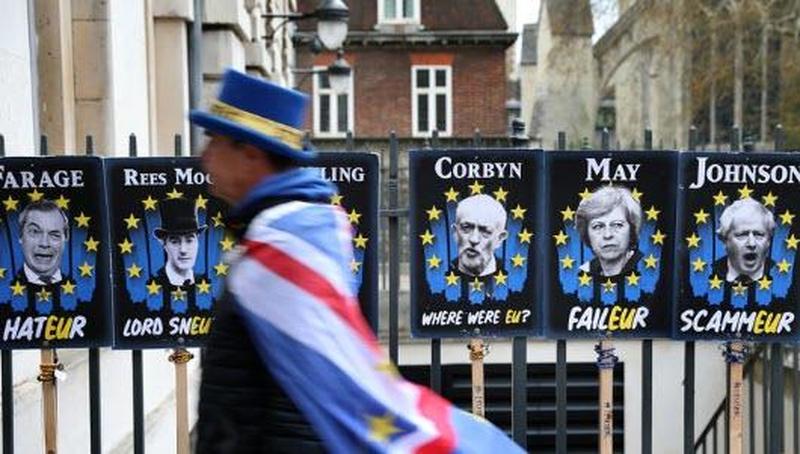 In the Washington Post Fareed Zakaria wrote  “Brexit will mark the end of Britain’s role as a great power. Britain famous for its prudence, propriety and punctuality is suddenly looking like a banana republic.”

He goes on to warn that the consequences of a no-deal Brexit could mean the beginning of the end of “the West as a political and strategic entity.”

Underlining the damage that the Brexit process is doing to faith in politics in the UK, Statista’s Martin Armstrong notes that the Hansard Society’s annual Audit of Political Engagement has revealed a rate of disenchantment with the system unprecedented in recent years, surpassing even the fallout from the MP expenses scandal. 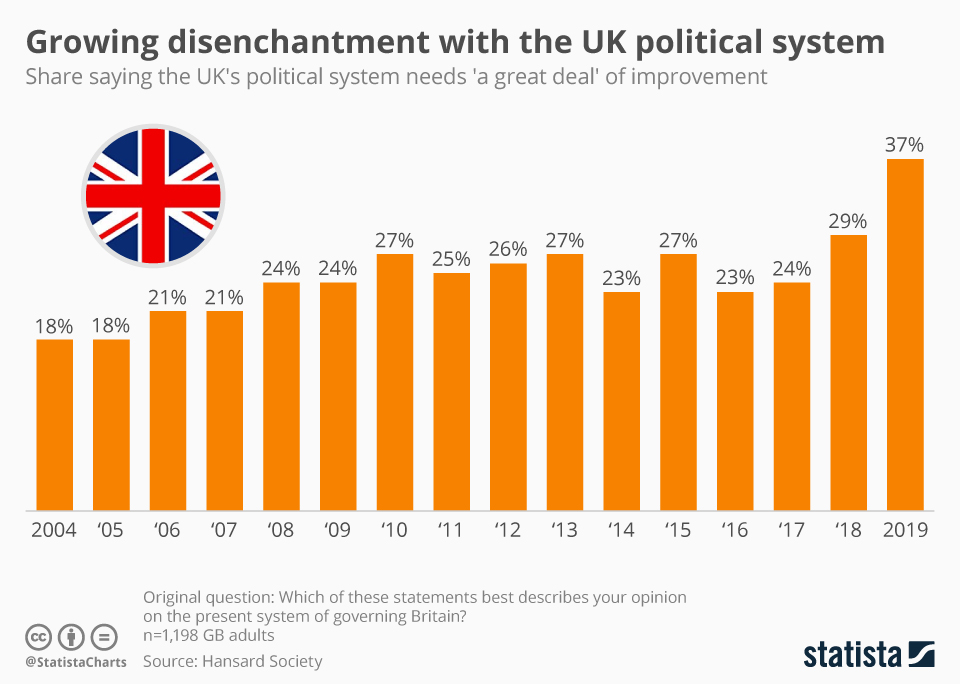 When asked their opinion on the present system of governing Britain, 37 percent of respondents said they think it needs ‘a great deal of improvement’ – up from 29 percent last year and a whole 19 points higher than the first survey published in 2004.

And one more “empire” biting the dust.

.. as long as the extraterritorial “City of London ” goes away along this demise. Selfnuking is one way.

It is only fitting that such poor leadership be treated like the $hit it has become. Brexit, Skripals come to mind .

Compared to US citizen approval for Congress, UK citizens love their government.

The “UK political system in need of improvement:???
IN need of ripping down and starting out all over again from scratch would be the only “improvement” that would be any use.

The system cannot be broken, May has her orders, as like Merkel and Clinton, they have a specific job to do for those who control. Social media news, will not publish truth, as the truth hurts. The end will come in the Tribulation, 42 months. Which the NWO runs along side . The NWO, is a creation of the System. Which controls politics all over the World, even in Russia. This System, brings both sides to a conflict. In War or peace. Making vast sums of money from misery of war. It will end when Satan is captured in human… Read more »