U.S. European Command’s diverse and dynamic activities across Europe in the past several weeks underscore America’s steadfast intention to control the continent’s political and military situation.

While European countries try to use political tools to influence and calm unrest in Belarus, Bulgaria, France and other European states, the U.S. in its turn uses military opportunity to show its concern.

USEUCOM maintains its ever-ready state with exercises and maneuvers across the continent’s land, sea and air. Very often such aсtivity is excessive.

“While the rest of the world slows during the summer months, USEUCOM’s schedule of training missions and exercises continues at breakneck pace,” said U.S. Marine Corps Brig. Gen. Christian Wortman, USEUCOM’s Deputy Director of Operations. “With Soldiers training in the Baltics, Poland, and Georgia; Sailors operating in the Barents Sea; Airmen flying and supporting the B-52s flights across Europe; and Marines training in the High North; there is no question that we stand stronger together with our NATO Allies and partners.”

Russia’s Navy in its turn tracks movements of US guided-missile destroyer in Baltic Sea. Everybody remembers that on 7 April 2017, Ross from its positions in the Eastern Mediterranean, fired Tomahawk missiles at specific military targets at the Shayrat airfield in Syria.

An unspecified regional proactive presence mission of the US Navy’s guided-missile destroyer USS Ross in the Baltic Sea, first of all, worries Russia and Belarus which are not Aliance’s member states. Moscow and Minsk regard such a combat power demonstration as the United States pressure and take into account the possible unfriendly U.S. military activity. Russia and Belarus are to increase its military cooperation in the near future in order to counter NATO activity in the region.

All these actions form a vicious circle and lead to further militarization of the region. The presence of the guided-missile destroyer in the Baltic Sea does not contribute to the resolution of political crises across Europe and become another cause of further deepening of contradictions between NATO and countries outside this military bloc.

While such “show of power” does not formally violate the principle of non-interference in the internal affairs of states, this certainly does not contribute to the normalization of the situation and the strengthening of friendly ties.

The US has always endangered countries where it has no business to be. It’s a global menace and has been for far too many years. So what else is new? 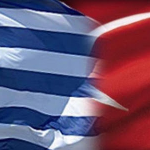 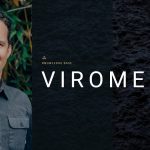