The political dispute between Greece and Turkey over the disputed territories continues to escalate.

On Saturday, US Secretary of State Mike Pompeo was forced to fly to Nicosia to discuss the situation in the Mediterranean Sea. The visit took place two weeks after the telephone talks between the presidents of the United States, Turkey and the Greek prime minister.

Donald Trump was unable to effectively resolve the Turkish-Greek controversy. During the talks, Kyriakos Mitsotakis complained about “destabilizing actions of Turkey, threatening peace and stability in the region, as well as testing NATO cohesion.” In response, Erdogan claimed the readiness to conduct a dialogue to resolve contradictions.

The essence of the conflict between Turkey, Greece and Cyprus lies precisely in the fact that Turkey is conducting geological exploration of minerals in the waters that Greece and Cyprus consider their exclusive economic zone.

Asa result of the visit, Mike Pompeo supported Greece and pledged US support for the rights of Cyprus to exploit hydrocarbon reserves in its exclusive economic zone.

The fact that the United States in this situation is against Turkey can be judged by other facts. For example, the US and Cyprus are currently conducting bilateral naval exercises. In addition, a bilateral document was signed on the construction of a Cyprus Center for Land, Open Seas and Port Security (CYCLOPS). The Americans have already allocated the first tranche for its creation and operation. This is a very expressive gesture in support of the Cypriots. Typically, the American president advocates for NATO member countries to build infrastructure at their own expense. Another symbolic gesture of support for Cyprus is the lifting of the embargo on the supply of non-lethal weapons.

Such actions in the political arena are usually considered as a symbol of formal support without a major change in the military-political alignment.The Turkish Foreign Ministry reacted sharply to these US moves, saying they “poison hopes for peace in the Eastern Mediterranean and are incompatible with the spirit of alliance between Turkey and the United States”.

Earlier, Recep Tayyip Erdogan announced Turkey’s readiness to use the Armed Forces to solve the problem. The US steps indicate that Washington believes that the political ambitions of the Turkish president can push him to a military solution to geopolitical conflicts with Greece and Cyprus.

It is worth noting that being members of NATO, Greece and Turkey have  had a bilateral armed conflict. The result was the appearance in 1974 inthe territories of the Turkish Republic of Northern Cyprus taken away from Cyprus.

If we assess the possibility of an armed conflict, then most likely Turkey will win again. Its armed forces are stronger than the Cypriotones and have experience in real combat.

At the same time, the United States, as the leader of NATO, is faced with the task of preventing a military conflict between the two members of the alliance. And this task is no longer only internal relations within NATO. With his behavior, Erdogan is effectively defying America and demonstrating a reluctance to obey. And the whole world is watching the result of the confrontation.

In addition, the conflict between Turkey and Greece calls into question the ability to provide security. If a military clash between the two countries occurs, it will deal a significant image blow to the United States and will certainly shake the partners’ faith in NATO.

“The essence of the conflict between Turkey, Greece and Cyprus lies precisely in the fact that Turkey is conducting geological exploration of minerals in the waters that Greece and Cyprus consider their exclusive economic zone” First of all this is not the only “essence” of the conflict. Turkey is openly going after many islands on the Aegean Sea as well (from north to south, east of the 28th meridian). Secondly, there are no “disputed territories” as the article also mentions above. All Greek islands have full EEZ.based on International Law of the Sea (UNCLOS). Turkey is a rogue state and… Read more » 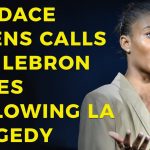 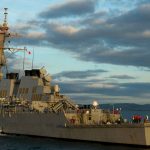