One of the most foolish claims made in the ludicrous war of words directed at Donald Trump and his supporters is that the recent invasion of the Capitol building was America’s Kristallnacht. That claim was made by none other than Arnold Schwarzenegger. Schwarzenegger’s father was a member of the Austrian Nazi Party; embarrassed by this, he has long over-compensated by fawning over liberal causes, but is he correct? He is, but not about the invasion of the Capitol.

For the benefit of non-historians, the night of broken glass was a night of infamy. On November 7, 1938, a young Jew named Herschel Grynszpan bluffed his way into the German embassy in Paris and shot the German ambassador. Grynszpan appears to have had no political affiliations and was most likely just a mixed-up kid. Although he was a member of the Nazi Party, Ernst Vom Rath was very likely a Nazi in name only. He was certainly not a virulent anti-Semite, and at that time for any German who wanted a career in government service, such membership was a pragmatic move.

Vom Rath died of his injuries two days later, and this cold-blooded assassination was used as a pretext for a nationwide pogrom in Germany. We will probably never know the true extent of official complicity; it will suffice to say that not only were Jews attacked and their property destroyed, but there were criminal elements involved. Does that really remind you of the Capitol invasion, or about something else that happened fairly recently?

On May 25 last year, small time criminal George Floyd was arrested in Minneapolis on suspicion of passing a fake $20 bill. After being handcuffed and placed in a police vehicle, Floyd complained about being claustrophobic, so the kind policemen took him out of the vehicle and laid him on the ground where one of them knelt on his neck for nearly nine minutes. George Floyd was pronounced dead shortly after.

The full bodycam video of this incident was withheld by the imbecile Attorney General of Minneapolis. Had it been released immediately, what happened next might not have happened. It may be that Officer Chauvin will still be convicted of Floyd’s murder or of some lesser offence, but the perception on that day and for months afterwards across a broad political spectrum was that a member of an “oppressed minority” had been murdered by a “white racist”. And just as every Jew in Germany was held culpable for a murder committed by one Jew in Paris, so every white person in America if not the entire world was held responsible for the death of George Floyd.

There followed months of rioting, destruction and looting; black businesses were targeted along with white ones. Even statues of long dead men were not spared. The reaction of the Democratic Party leadership to this was to condone it, or very occasionally to rebuke it in the weakest terms. That was America’s Kristallnacht – many nights and days of broken glass.

There is though a much more fitting parallel for the Capitol building invasion. Adolf Hitler was sworn in as Chancellor of Germany in January 1933. On February 27, Marinus van der Lubbe set the German Parliament building on fire. Van der Lubbe was executed for his pains, but more significantly, his actions led to the Enabling Act which gave Hitler almost total political power in Germany.

The Nazis portrayed the burning of the Reichstag as a Communist plot while the Communists had the audacity to claim it was a false flag. One person who might have known something about this was Sefton Delmer; during the Second World War he became a “black man”, churning out anti-Nazi propaganda from London, but he had been Berlin correspondent for the Daily Express, and boasted of having dined with Hitler. In his 1961 book Trail Sinister, the first volume of his autobiography, he said he believed the Reichstag fire was the work of a lone individual “the lunatic van der Lubbe”, and that both the Nazis and the Communists exploited it. Van der Lubbe was a Communist but was not aligned with Moscow. As that Santayana bloke said in 1923: “Those who cannot remember the past are condemned to repeat it”.

There can be no doubt that Nancy Pelosi and her gang remember the past very well. We can only hope that what is left of the Republican Party will not allow them to exploit this outrage the same way Hitler and his gang did in 1933. 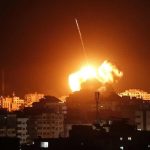 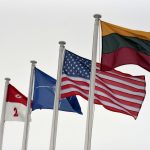