by Dmitry Orlov, posted by permission of the author

General Mark Milley, America’s highest-ranking military officer, has recently gone public with a revelation of his: the world is no longer unilateral (with the US as the unquestioned world hegemon) or bilateral (as it was with the US and the SU symmetrically balancing each other out in an intimate tango of mutual assured destruction). It is now tripartite, with three major powers—the US, Russia and China—entering a “tripolar war.” That is the exact term he is reported to have used at the Aspen Security Forum on November 3, 2021.

This seems strange, since neither Russia nor China is eager to attack the US while the US is in no condition to attack either of them. The US has just got defeated in a two-decade conflict against a fourth-rate adversary (Afghanistan, that is) in the most humiliating way possible, abandoning $80 billion of war materiel and forsaking thousands of its faithful servants in a hasty withdrawal that amounted to a rout. It is about to suffer a similar fate in Syria and Iraq. Its navy just got humiliated in a minor skirmish with the Iranians over an oil tanker. Clearly, the US is in no shape to attack anyone.

So what could Milley possibly mean? He may not sound smart, but he is the most powerful man at the Pentagon. Of course, Milley-Vanilley could just be lip-sinking to some stupid music coming out of the White House (which is currently stocked with some choice imbeciles). This would make sense, since throughout his career Milley carefully avoided anything that smacked of actual military action and therefore carried within it the possibility of defeat, instead choosing to concentrate on such things as producing a report on the impact of climate change on the U.S. military.

Here is Milley captured during one of his prouder moments, standing next to Russia’s General Valery Gerasimov, who saw combat—and victory—as commander during the Second Chechen War. Gerasimov then authored Russia’s hybrid war doctrine (the Gerasimov Doctrine), which allows strategic and political objectives to be achieved through nonmilitary means but with military support and military-style secrecy, discipline, coordination and control. In comparison, our General Milley is something of a cardboard cutout general, with a string that makes his lower jaw move up and down leading to some place within the Washington swamp of political think tanks and defense industry lobbyists.

The Gerasimov Doctrine bears an uncanny resemblance to the Chinese doctrine of unlimited war, indicating that Russia and China have harmonized in their defensive strategies. These doctrines are designed to amplify China’s and Russia’s natural advantages while placing the US at a maximum disadvantage. It is not immediately clear whether Milley is capable of understanding such matters; quite the opposite, it is likely that his job security and career path critically depended on his inability to understand anything above his pay grade. Nevertheless, since he happens to be the mouthpiece for the whole ungodly mess, we need to at least try to take his words at face value and try to think of what his “tripolar war” could possibly mean.

The Russian hybrid war doctrine and the Chinese unlimited war doctrine both give an advantage to countries with strict, centralized control structures (China and Russia, that is) while severely disadvantaging the US, which has a diffuse and internally conflicted power elite split up between two parties and among lots of competing government agencies and private entities with lots of opportunities for both internal and external espionage, infiltration and media leaks.

Russia’s advantages are in advanced weapons against which the US has no countermeasures, such as hypersonic missiles and radio warfare systems, and in a huge and only partially explored resource base, of energy resources especially. China’s advantage is in a huge and highly disciplined workforce that produces a vast array of products which the US must continuously import to prevent its entire economy from shutting down because of supply chain disruptions. On the other hand, both China and Russia find themselves at a disadvantage in facing the large and well-oiled machine the US has developed for its habitual meddling in the affairs of other nations and the undermining of their natural sovereignty. An array of mechanisms, from cultural exports to ad campaigns associated with popular brands to social media initiatives designed to corrupt the minds of the young, exists in order to exert US influence on other nations.

The Chinese and the Russian responses to this threat are almost diametrically different: whereas China builds firewalls and uses strict social controls to contain the threat, Russia’s strategy is to allow the foreign infection to run wild and to let their nation’s innate immune system create antibodies against it and neutralize it. Russia draws its red lines at outright bought-and-paid-for enemy propaganda, inciting armed rebellion, advocacy of terrorism, propaganda of sexual perversion among children, etc. In this way, Russia can not just compensate for this disadvantage but turn it to its own advantage: while the West is becoming increasingly undemocratic and authoritarian with its endless political correctness, social biodiversity requirements and the pursuit of better living through non-reproductive mating, hormone therapy and genital mutilation, Russia remains a free land with a wholesomely conservative social outlook that is quite attractive to people all over the world and is becoming increasingly attractive to many people in the West as they become painfully aware of the wages of sin.

Why concentrate on hybrid/unlimited war instead of an outright nuclear or conventional military conflict between the US and China and/or Russia? That is because both conventional and nuclear military conflict between any of these three nations is an insane, suicidal choice, while those in charge of defining military strategy are specifically not selected for their suicidal tendencies. Neither Russia nor China is known for their wars of aggression, and while the US is extremely well known for its homicidal, violent tendencies (having carried out 32 bombing campaigns on 24 countries since World War II), it is fundamentally a bully, only picking on weak countries that pose no threat. Based on publicly available information, both Russia and China are now quite far ahead of the US in weapons development, to a point where any possible direct US attack on either of them would be self-disarming at best and suicidal at worst.

In the best case scenario, the US launches an attack which is successfully repelled: bombers and rockets shot down, ships sunk, US military bases and port facilities destroyed, possibly US command and control centers also destroyed, as quite pointedly promised by Putin. The US then lays prostrate and at the mercy of its opponents. If its cooperation still leaves something to be desired, some combination of deplorables, despicables, imponderables and indecipherables will be organized just enough to make a bloody mess of what’s left of US government structures and power elites, which will then be replaced with an international peacekeeping force (as an optimistic case) or just left to persist in durable disorder, misery and international isolation. (…more) 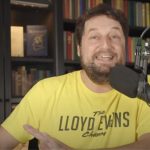 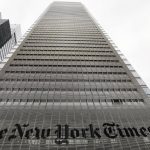