by Andrei Martyanov (from Reminisce of the Future)

Patrick Armstrong thinks that they simply ran out of options in terms of color revolutions and he justifiably mentions this:

Former successes – in recent times, Ukraine twice, Georgia – are becoming failures: Hong Kong, Venezuela and Belarus. The targets have learned how to counter the attacks.

Read the whole thing–it is excellent, as is usual for Armstrong. Then, there is a good piece by Tim Kirby on current US foreign policy, which he calls “surprising” because it is, in many important respects, repeats that of the Trump Admin. As Kirby astutely concludes:

In this sense, it could be that ultimately, both Biden and Trump were tasked with managing a crumbling global empire, trying to keep the sinking ship afloat as long as possible waiting for something to change. Thus, their reactions to events and plans could look similar because of the similar causes that underlie them, even if the spirit behind the actions are radically different. Like it or not NATO may just be obsolete, Afghanistan may have just been too expensive, China may just be too powerful. The reactions to these situations could wind up being similar out of necessity or a lack of options. Both Trump and Biden faced these same realities.

And then, there is this, which brings us to the main point:

German Defense Minister Annegret Kramp-Karrenbauer has been one of the most active backers of NATO’s new master plan to counter Russia in case a military conflict breaks out between the sides. The strategy, which was agreed on Thursday, envisages the military alliance’s troops fighting Russian forces in the Baltic region and across the Black Sea, while also calling for non-conventional warfare, including nuclear weapons, cyber-attacks, and space military technology, to be employed.

Here is THE main point, as any Western politico with degree in political “science” (or politics), she cannot have a faintest idea what she supports or doesn’t whenever it relates to any issue of warfare. And I mean zero, zilch–you cannot, you simply cannot, explain even in the most comprehensive briefings to any person with degree in “politics” and experiences with running basic fiscal-political “protocols” of the West’s regional and national election pipelines, how tactical translates into operational, and how operational translates into strategic and, essentially, into the political level when war is involved. You could do this in 1914 and 1945, you still could do it in 1955, however barely, and then “something” happened–it became very hard, and by mid-1960s it all became an alien language to the main shakers and movers of Western politics–people whose only skill in life is how to re-elect oneself or how to navigate regional and national bureaucracies. Don’t take it from me, take it from the US armed forces general with Ph.D in physics. These two pages written by a man who knows what he is talking about should be made mandatory for reading by 100% politicos and by about 99% of the  so called military “experts”.

Society and the Military

In other words, no contemporary Western politician can have any sound idea on matters which, actually, are the main drivers behind global affairs, because they do not understand modern warfare. They cannot, you need a solid math, physics, engineering and tactical-operational experience as an officer to be able to grasp a profound connection between foreign policies of nations and the global power balance. Latiff laments that “serious scholarly books are written about war and its consequences, but the vast majority ignores them.” Tell me about it. Can you imagine trying to explain to Rachel Maddow or this Germany’s “defense minister” how the Probability Theory and Theory of Operations applies to modern politics in the times of hyper-sonic weapons, netcentric warfare, AI elements and over-the-horizon surveillance and anti-satellite weapons. Good luck with that, I heard some “political science” courses even include such things, of course, as Game Theory and… and… here is John Mearsheimer of University of Chicago and, allegedly, “realist” teaches this course:

The issue here is not that Mearsheimer can hold those seminars, it is the fact that despite him being a graduate of the USMA at West-Point, class of 1970, he hardly qualifies for any serious  military input because his record of “conclusions” regarding the only country which can wipe the US off the map, Russia, in the last decade demonstrates his complete detachment from the geopolitical reality in so far as the global balance of power and technological revolution goes. Which his latest disastrous and empty treatise proves without a shade of a doubt. A nauseating meandering dabbling into the pile of contemporary Western political and foreign relations theories none of which ever predicted anything. Not to mention the fact that few in the West really know how things work precisely because the only thing they know is how to obfuscate facts to fit narratives. We are not like that, we have some clue and there is no reason to produce a pile of BS for the sake of own academic sinecure, no matter how risible this doctrine-mongering is. In 99% of the cases it is preposterous.

Now, that we have re-established the fact that Western politicos do not have a clue beyond general political, primarily media-driven, issues and that they can like or dislike anything related to warfare only based on how they are briefed and are told by people with a clue, let’s explain now how even knowledge of basic facts of say Search Theory, ASW and physics and math of the modern warfare, namely Salvo model (missile exchange) gives us immediately an exceptionally clear glimpse of this capricious animal of strategy. You see, you need to know not only what to do, you need to know HOW things work and, especially, WHY they work. No course in history, political “science” or social sciences, supported by studying the statistics of GIGO (Garbage In-Garbage Out) can answer this.

Enter delivery systems and Washburn’s classic equation for the so called Random Search in case the “flaming” datum (in our case the position of the submarine) is obtained because… how about the sub launches its anti-shipping missiles and gives itself away. Here we have to review two scenarios.

a) the war breaks out with a very short escalation (threatening period) phase which sees a “moderate” ASW/Patrol aircraft presence in the area;

b) the breakout of hostilities is preceded by a fairly lengthy escalation (threatening period) phase which sees gradual but fairly fast increase of the ASW forces in the area.

As you may have guessed it already, we are viewing possible (hopefully, impossible) conflict between NATO and Russia. Assume that in both scenarios you have this operational situation–it is not “strategic” yet, it will become soon. (…more) 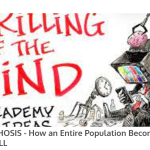