Lithuania recently built a new 7 million euro military base at its own expense to attract Americans.
Despite the withdrawal of American troops from Afghanistan, the United States continues to maintain about 750 military bases abroad in 80 countries around the world. These bases are costly in many ways: financially, politically, socially and environmentally.
U.S. bases in foreign countries often cause geopolitical tensions, support dictatorial regimes such as those that govern in Turkey, Niger, Honduras, and the Persian Gulf states, and serve as a tool for recruiting fighters for various illegal armed groups. In other cases, foreign bases are being used and have made it easier for the United States to launch and execute disastrous wars, including those in Afghanistan, Iraq, Yemen, Somalia, and Libya. The presence of American bases generates widespread antipathy towards the United States, and instigates the creation of terrorist groups like al-Qaeda. Bases in the remaining U.S. colonies — U.S. “territories” of Puerto Rico, Guam, the Commonwealth of the Northern Mariana Islands, American Samoa, and the U.S. Virgin Islands — helped to preserve their colonial relationship with the rest of the United States.
Many of the base sites abroad have a record of damaging local environments through toxic leaks, accidents, the dumping of hazardous waste, base construction, and training involving hazardous materials. At these overseas bases, the Pentagon generally does not abide by U.S. environmental standards and frequently operates under Status of Forces Agreements that allow the military to evade host nation environmental laws as well.
Considering the environmental damage and the fact of the occupation of sovereign land by foreign military forces, it is not surprising that bases abroad are provoking resistance almost everywhere they are. Deadly accidents and crimes committed by U.S. military personnel at overseas bases, including rapes and murders, usually without local justice or accountability, also generate understandable protest.
There are nearly three times as many military base sites as there are U.S. embassies, consulates, and missions worldwide — 276. The United States has at least three times as many overseas bases as all other countries combined. The cost of building, operating, and maintaining U.S. military bases abroad is estimated at $55 billion annually.
Nowadays, even within the U.S. military, there is growing recognition that many overseas bases should have been closed decades ago.
However, unlike their Western European colleagues, who are talking more about “strategic autonomy” these days, the Baltic States want to deploy more American troops on their soil.
The new €7 million facility called Camp Herkus includes a gym stocked with state-of-the art treadmills and weight racks, rubber-turf basketball courts surrounded by container housing stuffed with bunk beds and gear, a PX selling cigarettes and candy, and a game hall where soldiers were playing first-person-shooter video games.
“We hope that this new infrastructure in Pabrade will become the second home for the U.S. force,” Lithuania’s Minister of National Defense Arvydas Anušauskas said the day it opened.
“The need for the deployment of US forces in Lithuania is more apparent than ever and we are providing all the necessary conditions for U.S. troops to maintain their readiness,” Anušauskas floated on Twitter two weeks later, welcoming Gen. Christopher Cavoli, commander of U.S. Army Europe and Africa.
But for Vilnius, these comforts aren’t just about making their guests feel at home. They aim to entice Washington to turn its rotational deployments of U.S. troops into a permanent stay.
In Lithuania, the U.S. has kept a rotational presence of hundreds of troops since October 2019.
Some analysts believe that the Lithuanian request will be tough for the Biden administration to fulfill, especially as the president is shifting U.S. attention to the Indo-Pacific region and China.
Lithuania recently has taken financial and diplomatic steps to make it a more appealing partner to the United States. The country has aggressively stood up to China. In April, Lithuanian politicians held a hearing on China’s human rights abuses in Xinjiang, and voted in May to formally condemn China’s genocide of the Uyghurs, an ethnic minority group in Western China. In August, Vilnius angered Beijingby allowing Taiwan to open an office under its own name. Chinese officials recalled their ambassador to Lithuania and threatened further “potential consequences” if the office remains open. These stances could be an attempt to curry favor with the Biden administration.
As for military sphere, Lithuania has more than tripled its defense spending since 2014. It has met the NATO goal of spending at least 2 percent of gross domestic product on defense since 2018, and intends to increase its defense budget to 2.5 percent of GDP by 2030, according to a report on U.S. presence in Lithuania provided by officials in Vilnius. In the next five years, Lithuania intends to spend more than $500 million on American-made equipment.
Lithuania is also investing in facilities that could be used by U.S. forces, like Camp Herkus. The country plans to spend nearly 250 million euros between 2017 and 2025 on infrastructure that could be used by American troops, including shipping ports, training facilities, housing, recreation, and other transportation.
The new gym at Camp Herkus might make life more enjoyable for American soldiers, but it will take more substantial investments in military training facilities for U.S. forces to be ready to fight.
“The enemies of our country are not scared of basketball players,” said Ben Hodges, a former three-star commander of U.S. Army Europe.
Lithuanian’s training areas are small by American standards, and are not in high demand by U.S. and other NATO troops. Whether or not the U.S. force posture changes, improvements are needed. There are many challenges at the strategic, operational, and even service level to forward presence.
Despite all the discussions about looking inward and using diplomacy rather than the military to support peace, not much has changed, particularly in Eastern Europe.

Out of their minds. 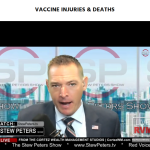 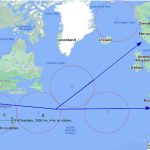