2003 and 2004 were decisive years for Lithuania. The country joined two major and influential organizations: the EU and NATO. The status of a member state gave the country confidence in the future. However, Lithuania has not achieved promised welfare and security. The situation dictates its own rules of behavior in the international arena.

It is obvious that in order to get support and money from the EU and NATO the country should follow their political agenda even o the detriment of its own population. For instance, one of NATO demands was to provide the territory of the country for the needs of organization. NATO tries to persuade Lithuania to expand military infrastructure in order to be capable to host foreign troops.

Thus, on September 16, Darnu Group began building a new military base in Pajūris, a small town in the western district of Šilalė. The battalion-sized complex will cover an area of almost 9.5 hectares.

Administrative and special-purpose buildings, such as barracks, canteens, headquarters, and medical, sports and technical facilities, will be built next to the modular camp.

Darnu Group started building the first new military base in Rokantiškės, close to Vilnius, in late August. The construction of a third new base in Šiauliai, northern Lithuania, by Eika Group will begin shortly.

The three new military sites, scheduled to be completed in late 2023 to early 2024, will accommodate up to 2,500 military personnel and civilian employees.

So, NATO expands its military infrastructure, using the territory of Lithuania as a place to receive great numbers of military personnel as well as military equipment and vehicles. All these assets could become the major military aims in case of war with Russia. NATO will fight on the Lithuanian territory and the country will be totally sweep off the Earth’s surface.

Stupidity on the part of Lithuanians, and cunning on the part of America’s billionaires (who benefit by NATO’s expansion — it is the military part of the empire that they control, and so their corporations might have bribed Lithuania’s leaders in order to get this done).

Yep, bags of cash go a long way toward shaping the foreign policy of corrupt politicians. Or have they modernized this to “Anonymous Crypto Currency Transfers”. 🙂

In all honesty, the Baltic states would all be better off if they allied themselves with Russia. For the sake of the Baltic people, I hope they do. Russia is on the way up, the EU and US are on the way down. There’s no stopping it.

What’s that old proverb? “Whom the Gods would destroy they first bring into the EU and NATO.” Or something like that. 🙂 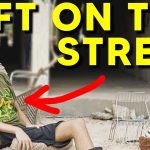