This chapter will not end well for President Biden or Washington’s political class.

Washington’s political class is poised to march into a hurricane of its own making in Ukraine, a perfect storm of foreign- and defense-policy blunders likely to plunge the American people into future crises and conflicts. Having refused to acknowledge Russia’s vital strategic interest in Ukraine, Washington now wants to subject Ukraine and the NATO alliance to a dangerous and unnecessary test by confronting Russian conventional military power. In turn, Washington and its allies now face a test—one that they could have avoided but are now likely to fail. First, the facts.

The Biden administration is spending $768.2 billion for national defense. Russia spends only $42.1 billion, less than the $48 billion spent by the Republic of Korea. Yet Russian ground forces are superior in capability and striking power to the U.S. Army and Marines, even if both countries’ ground forces were able to deploy to Ukraine.

Russia’s conventional-ground-force superiority stems, in part, from the strategic advantage of fighting close to Russia. Its potency is also a reflection of President Vladimir Putin’s insistence on fundamental defense reform and reorganization. The reform process involved years of struggle to expel old generals who resisted change and install new, resolute fighting forces, composed of young, single men with a profound sense of Russian patriotism and toughness. The policy has resulted in an operationally flexible grouping of smaller capability-based Russian fighting formations, designed to ruthlessly exploit the striking power of Russia’s rocket artillery, tactical ballistic missiles, and loitering munitions.

Far to the west and behind the Polish border sits an awkward collection of U.S. Army and NATO Ground Forces that, despite decades of cooperation, are still challenged to fight effectively as one force. In the last 20 years of operations in Afghanistan and Iraq, most of America’s allies seldom had anything to contribute to our efforts, save a flag and inexperienced troops who were forced to operate under political restrictions. Thus, like the U.S. Army that leads them, the allied ground forces cling to the illusion that NATO can fight future conflicts on land the way Anglo-American allies did during World War II—with large, densely packed divisions, corps, and armies. These are lucrative targets for Russian strike formations.

Additionally, institutional policies to impose diversity and inclusion on the U.S. Armed Forces at the expense of demonstrated character, competence, and intelligence, demoralize our troops. As a result, the dedication, cohesion, and pride of achievement required to sustain America’s professional fighting force have been seriously damaged.

The implications are clear: A U.S.-Russian confrontation in Eastern Ukraine could easily resemble the 1940 Anglo-French experience, with the Wehrmacht provoking a serious backlash at home. Supply-chain bottlenecks, consumer-goods inflation, and soaring energy costs could all worsen if events in Ukraine spiral out of control. As more and more Americans wake up to falling standards of living, how will they react to yet another war for suspicious aims that have absolutely nothing to do with their own vital strategic interests, and make their daily lives even harder?

Reality is sitting on Ukraine’s eastern border, not in the South China Sea or in the strait of Taiwan, and there is ostensibly nothing Washington can do about it. The questions that should concern Washington’s political class are: Will NATO survive its ignominious retreat in the face of superior Russian military power? And, why is Washington conducting policy not from strength, but from weakness—a weakness thus far disguised by the outward show of military power against weak opponents without armies, air defenses, or air forces?

Nietzsche said, “War makes the victor stupid.” After 1991, America’s senior military and political leaders found many reasons to spend enormous sums on defense, but no reason to change the way U.S. forces fight, or to devise a national military strategy tied to tangible, concrete interests and the preservation of American national power.

As John Kenneth Galbraith warned, “People of privilege will always risk their complete destruction rather than surrender any material part of their advantage. Intellectual myopia, often called stupidity, is no doubt a reason. But the privileged also feel that their privileges, however egregious they may seem to others, are a solemn, basic, God-given right.”

Washington’s corrupt and morally bankrupt leaders are walking into a minefield. If they embroil U.S. and allied forces in Ukraine, extraordinary discontent at home and abroad awaits them. However, like so many privileged classes before them, the Biden administration may prefer “complete destruction” rather than acknowledge that its most cherished beliefs are utter delusions. It’s safe to say that whatever happens in Ukraine, this chapter will not end well for President Biden or Washington’s political class.

Douglas Macgregor, Col. (ret.) is a senior fellow with The American Conservative, the former advisor to the Secretary of Defense in the Trump administration, a decorated combat veteran, and the author of five books. 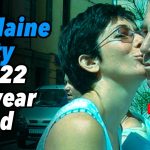