The Secret Bipartisan Campaign That Saved the 2020 Election | Time

Time magazine’s Molly Ball has written an article describing how bipartisan members of the US government, unions, media and oligarch capitalists colluded to corrupt the US election outcome.  They admit that Trump was “in a way” right that the election was stolen.  However, they specify that the collusion was justified because they don’t like Trump saying they “saved” the election.

There was a conspiracy unfolding behind the scenes, one that both curtailed the protests and coordinated the resistance from CEOs. Both surprises were the result of an informal alliance between left-wing activists and business titans. The pact was formalized in a terse, little-noticed joint statement of the U.S. Chamber of Commerce and AFL-CIO published on Election Day. Both sides would come to see it as a sort of implicit bargain–inspired by the summer’s massive, sometimes destructive racial-justice protests–in which the forces of labor came together with the forces of capital

Conspiracy to artificially change the outcome of an election against the will of the people is an assault on democracy!  There is absolutely NO reason that can be made to justify a conspiracy to take away voter rights in a Democracy.  Time magazine should be ashamed of being a propaganda mouthpiece trying to do just that, just like the BBC they will fail.  It is amazing just how many, once trusted and respected, media outlets have been corrupted.

The BBC’s mandatory license has been scrapped, since they became anti-patriotic spewing divisive identity politics rhetoric.  A type of subversive warfare used to divide countries, often employed by China, Russia, but also tactics used by George Soros using “Dark Money” to fund divisive activist groups to weaken a country.  George Soros has been banned from 6 countries and is unwelcome in Russia and Israel due to these types of destructive activities.

Who is behind the perversion of these media outlets?  Is it a conspiracy by main stream media, big tech, democrats and RINOs?  Why would any reporter deny the evidence of voter fraud shown by the Navarro report and the testimony put forward at the voter fraud state hearings.  Why would they not connect the dots of the voter fraud with this conspiratorial cabal?

The handshake between business and labor was just one component of a vast, cross-partisan campaign to protect the election–an extraordinary shadow effort dedicated not to winning the vote but to ensuring it would be free and fair, credible and uncorrupted. For more than a year, a loosely organized coalition of operatives scrambled to shore up America’s institutions as they came under simultaneous attack from a remorseless pandemic and an autocratically inclined President. Though much of this activity took place on the left, it was separate from the Biden campaign and crossed ideological lines, with crucial contributions by nonpartisan and conservative actors. The scenario the shadow campaigners were desperate to stop was not a Trump victory.

Time magazine talks about HOW they committed the steal by touching every aspect of the election, changing voting systems, laws, using public and private funding. They pressured social media to suppress the voices of the opposition.  Molly Ball, who wrote a book about Pelosi, uses framing to try to justify this assault on democracy.

Their work touched every aspect of the election. They got states to change voting systems and laws and helped secure hundreds of millions in public and private funding. They fended off voter-suppression lawsuits, recruited armies of poll workers and got millions of people to vote by mail for the first time. They successfully pressured social media companies to take a harder line against disinformation and used data-driven strategies to fight viral smears.

The rhetoric is so appalling that Time magazine is a disgraceful propaganda magazine. Legitimate votes are not “interfering with a proper outcome”, illegal voting from dead people, duplicate voting, ballot stuffing is interfering with a proper outcome.  The Navarro Report specifies all the illegal activity that was orchestrated to steal the election from real voters!

Even more shocking is that Molly Ball seams to revere the person she names as the Architect of the grand conspiracy, Mike Podhorzer, calling him the “Wizard”.  He is senior adviser to the president of the AFL-CIO, the nation’s largest federation of 55 labor unions and 12.5 million workers. His scheming started in November 2019 when he realized the Democrats would lose the 2020 election.  They used BLM and other radicals to create chaos and discontent when it suited their purpose then turning them off when their job was done, using concerns that they didn’t believe in the further their cause.

Mike Podhorzer has betrayed the workers that he is supposed to represent by letting in Biden, who is currently killing jobs with a sweep of a pen and then opening up borders to increase competition for jobs during a time when so many are suffering hardship. The question must be asked “WHO IS MIKE PODHORZER REALLY WORKING FOR?” 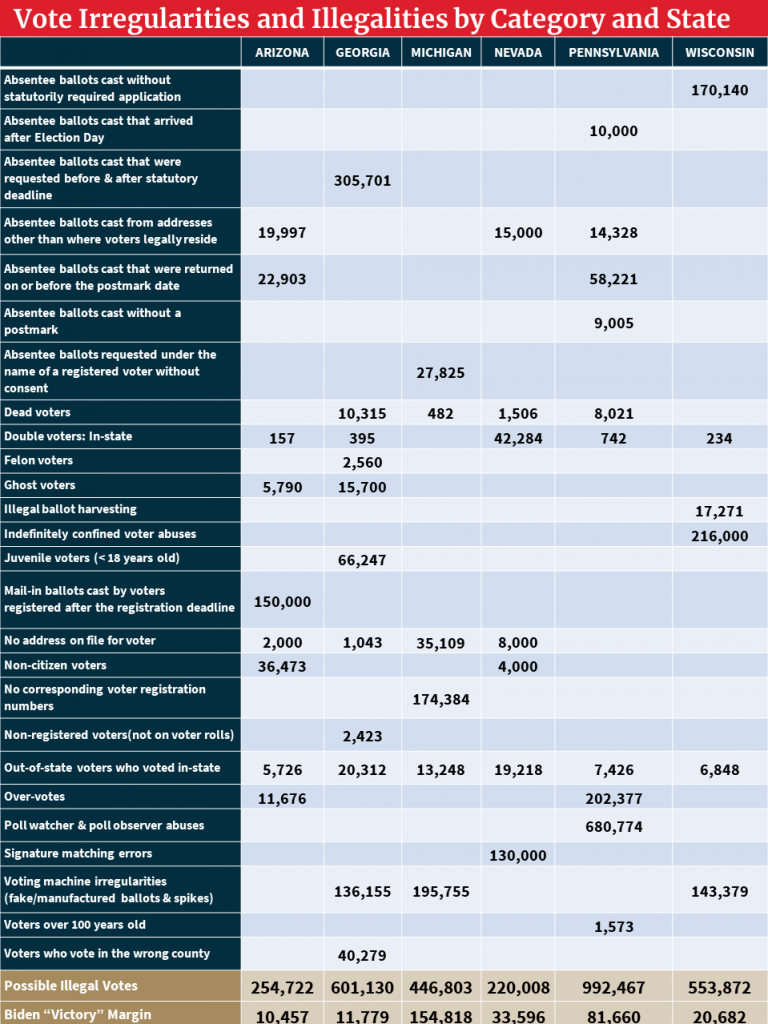 How can Mr. Biden look at himself in the mirror and call himself ”President”. The only thing Mr. Biden is president of is the greatest electoral fraud in history.

Unfortunately the whole system is corrupted by criminality.

That includes both Europe and the UK.

The malaise extends far beyond the USA.

If he looks in the mirror, he may not even know it’s himself staring back. Dementia does this, it takes away the ‘self’ aspect of being human, just as much as it robs them of knowing who they are interacting with. I’ve looked after many a dementia client in my time, as well as my own mother, so I have experience of how these people “see” themselves. Biden sadly, doesn’t understand what he’s done or is doing, the people around him are the guilty ones, not only have they robbed a nation of democracy, they are also despicable in using… Read more »

I read the whole article top to bottom. For once I don’t know what to say. This is the strangest thing I think I’ve ever seen in my life. Openly admitting to so much… yet insisting there was nothing wrong with it all. Not with organizing rioters… not with centrally commanding their behavior… not with coordinating bipartisan coalitions to defeat inquiries into voter fraud… not with suspending or breaking voting laws in misc. states… all this is completely owned up to in the article. Yet it is all “okay” according to the author. Because the “Orange Man” had to be… Read more » 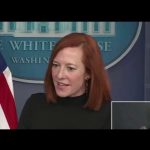