For the past decade and more, bogus asylum seekers have flooded into the UK. Of late, they have been crossing the channel from France in small boats, a dangerous procedure that can and has resulted in people drowning. While the French may be glad to see the back of them, these people are not seeking asylum. France is a safe country except for those engaged in questioning certain aspects of Twentieth Century history or engaging in prostitution (which was outlawed in 2016).

Recently, the British Government came up with a splendid idea to discourage this proxy invasion: in future, asylum sneekers would be sent to Rwanda! Unsurprisingly, the usual suspects are unhappy with this, and predictably they cried racism. But is this true? Let us assume it is. Time and time again the people of Britain are being told how wicked and racist they are. This begs the question, why would anyone from Africa or indeed anywhere else want to come here much less risk life and limb to do so?

But racism cuts both ways. On May 27, Sky News broadcasted an interview with a Sudanese national who said he fled his country to avoid war and conscription. These are not valid reasons to seek asylum in the UK.  In any case, Sudan isn’t currently at war; true, there has been civil unrest, but surely that should demand capable citizens remain in the country to do their best for it. Not only that, but Sudan actually has a lower murder rate than the USA!

The obvious if unspoken reason he and countless people like him want to come to Britain instead of Rwanda is because they simply don’t like Rwandans. Now who’s racist?

I suspect that some of the biggest believers in White superiority are Black.

“Racist” is just a perjorative invented and used to shut down intelligent discussion. Pure propaganda. 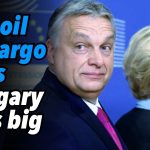 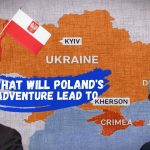