Every once in a while, someone in the Government comes up with a splendiferous idea. The guy who invented the Freedom Of Information request deserves to be canonised. That was a good few years ago, but recently, like you can read about it on Google News now, politicians on both sides of the Atlantic came up with a way to tackle the problem of bogus asylum seekers, so-called migrants or more properly illegal immigrants. Stateside, the Governors of Florida and Texas are putting them on buses and sending them to Washington. Heck, if all these leading Democrats are so keen on illegal immigrants, they can have more of them, in their own backyard.

Needless to say, this isn’t going down too well, but in England, someone, perhaps the Prime Minister himself, has come up with an even more imaginative solution to the bogus asylum problem – sending them to Rwanda. You heard that right, Rwanda. Are you speechless yet or what?

Bogus asylum seekers and unwanted immigrants enter Britain overwhelming through the South East, either on lorries through the Channel Tunnel or on boats. Mostly they come from France, and they do this not because they need to claim asylum; no one who has reached France from whatever Godforsaken Hell hole needs to travel to Britain to claim asylum. They do it because English is the lingua franca of the Universe and because Britain is regarded as a soft touch.

Needless to say, not everyone is happy with this new policy; the Socialist Workers Party has branded it racist, as if you didn’t know that already. Curiously, although the Rwandan Government is on board with the plan, no one appears to have asked ordinary Rwandans want they think of it, but they can hardly object. Unless they are racist too! 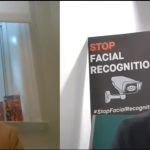