This came through the Russian media outlet inosmi.ru, a news site dedicated to looking at what people outside Russia are thinking about and talking about concerning Russia. We offer a translated piece, which is quite interesting because the original comments were made in English, translated to Russian, and now we are going back to English.

Anyone who knows the interesting characters of these two languages knows that things don’t always translate equivalently from one tongue to the other. This happens in both directions. Nevertheless, the commentary was surprisingly intact.

Inosmi provides a service that Americans might do well to duplicate. This is not propaganda, at least not in the traditional sense. In the case of the United States, however, the Americans create all the material that any competing or adversarial power in the world would ever need to use to say “hey, there is a real problem with the USA.”

What makes this piece so interesting is that here, it shows how many Americans themselves know there are problems, and their own frankness is refreshing. Somehow, even though the comments are from a well-known US outlet, seeing them duplicated in Russia and sent back makes them a bit more meaningful and worthy of reflection. [We have edited and emphasized certain places for clarity and emphasis, but nothing is changed from the translation.]

Without further ado, here is the piece:

On Friday, April 16, Russia issued a symmetrical response to the new US sanctions package, announcing that it would expel ten US diplomats and take a number of other retaliatory measures as part of its tense clash with Washington.

Russian Foreign Minister Sergei Lavrov also said that Moscow will add eight more American officials to its sanctions list and restrict or terminate the activities of American non-governmental organizations, which he says are interfering in Russian politics.

Lavrov said the Kremlin suggested that US Ambassador John Sullivan follow the example of his Russian counterpart and go home for consultations. Russia also intends to deprive the US Embassy of the ability to hire staff from Russia or third countries.

The measures are in response to the imposition of sanctions against Russia announced by the Biden Administration this week.

Does anyone still have doubts that Biden is not even fit for the title of chairman of the Book of the Month Club, let alone the presidency of the United States? You may not like Trump as a person, but Trump at least wanted the best for his country and for his citizens. Are any of Biden’s voters already feeling remorse?

The predictable and standard response we see every time we send diplomats out. And what have we achieved in this case?

And what will happen to these expelled diplomats? Will they become unemployed? Get a new job? Or will they move to some nice lakeside cottage and live there at public expense? I am asking on behalf of a friend who has one such cute lakeside cottage available for rent.

Democrats are obsessed with Russia, although China is America’s greatest threat. It is against China that the Biden administration should impose sanctions.

Yes, he is already receiving orders from Obama. They are so obsessed with Russia because Trump said that improving relations with Russia would benefit the United States. Trump cared about Americans. And now everything that Trump did, and everything that he approved, they are going to trample.

It is very foolish for the United States to provoke a war with Russia. History repeats itself over and over <…>

It seems that Russia is preparing for war. China is also ready for war, and its military bases on artificial islands in the Pacific are very well defended. In addition, China has an endless supply of people.

Russia just needs to relax and calmly watch the United States move along the path of self-destruction that it has chosen for itself. People here can’t even get along with each other. The United States is very fragmented, and a divided nation cannot stand. Therefore, Mr. Putin, if you wanted America to disappear, you do not have to wait long – the American communists will do all the work for you.

Americans do not understand to what extent they are brainwashed on a daily basis. Most of the leading media outlets (in this case, CNN is the champion) accuse Russia and China of all possible sins every day, usually with no evidence, no data, using lopsided logic or simply twisting facts. Who even pays attention to words such as “highly likely”, “presumably”, “allegedly”, “referring to an unnamed source”? In these materials, the sources are usually anonymous, that is, they are simply intelligence services that spread fakes and tales that politicians need to promote their programs.

I hope Biden turns out to be sane enough to finally understand the activities of the American intelligence services. Trump was horrified by their methods of undermining the opponents of the United States. Donald Rumsfeld’s legacy remains the mainstay of work in this country to this day. This killer should have been jailed with Hillary Clinton, but in the United States, justice is blinded when it comes to high-ranking politicians.

The political elite and the bipartisan paradigm of existence itself need enemies. Manufacturers of weapons and military equipment need billions of dollars. This needs to be justified in some way. NATO’s existence must also look justified. After all, NATO is helping the United States to control its European “allies”, that is, “dependents.”

Who are the villains and bad guys in 90% of Hollywood movies and TV series? Russians and Chinese. Sometimes North Koreans and Arabs. It flows into our ears, into our eyes, and ultimately into our brains. This is called propaganda or brainwashing.

“Even the biggest lie, repeated many times, becomes the truth,” – Joseph Goebbels.

I fully support our administration’s efforts to make life difficult for those who want to harm us. However, I believe that the main threat we should focus on is China. And we must act quickly to keep it under control by all possible means. Although Russia is a strong adversary militarily, its economy is roughly the size of Italy’s, while China, thanks to its economic power, is challenging us in every possible area. I believe it would be prudent to try to mend relations with Russia while focusing on the need to limit China’s economic power. I believe that the attitude of ordinary Russians towards life is not very different from our attitude towards it. Meanwhile, the Chinese are very different from us, and we must not lose sight of this.

It seems like Putin has compromising evidence on Biden. We should spend the next three and a half years investigating Biden, his family and his administration, and then impeach him.

Thanks to Democratic efforts and fake conspiracy theories that proliferated during Trump’s tenure, relations with Russia are now at possibly their lowest level since the Cold War. But Sleepy Joe will fix it! He is going to hold a summit with Putin to discuss “the greatest existential threat to the United States” – climate change! Yes, let’s close our eyes to all these nuclear weapons, to Ukraine, to the growing alliance between Russia and China. Let’s talk about climate change! I’m sure Biden will tell Putin the story of his confrontation with a gangster named Corn Pop, and Putin will cringe in fear. Corn Pop … Biden can’t even think of a name that sounds cool.

Stumbling Joe plays Chinese checkers while Putin plays chess. Fortunately, Putin understands that the United States is being ruled by an idiot with the intellectual abilities of a potato.

Standard response. Russia is a third-rate country with a first-rate army. This is the only thing that allows her to remain at the table of the mighty of this world. Game continues.

All this is done for show. Joe has long been under the hood of Russia and China. Joe Biden has no other choice as they have so much dirt on Joe and his family that they can destroy him as president in just one day. So Joe tries to be a cute puppy for Uncle C and Uncle Poo.

Honestly don’t care what the West thinks and many in Russia feel the same way. Listened to the bullshit long enough.

Save a few, what a brainless array of comments that I’ve just read in this article.

Parasites like you have a brain….you know when to exit.

The people who love Biden are all criminals.

grifter trough. Money for nothing and people trafficked sex for free.

That includes ALL of the western political and civil service apparatus.

These people are psychopaths.

Their grandfathers will be spitting on them.

“Czech diplomats expelled from Russia arrive back in Prague”

Awaiting for approval…for a picture of a parasite .

WTF? Watching that aus video, Jerkel is ‘able to constrain Putin’? Really? In what universe is this mad cow living?

“Russia: Expelled Czech diplomats and their families arrive at Sheremetyevo airport in Moscow”

These people are not “diplomats” they are sewer rats…common criminal trash. 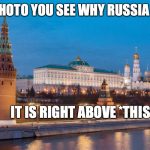 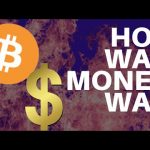