This opinion piece, penned in Russia on www.yandex.ru by Arkhady Ilyukhin, puts things in perspective from how a Russian sees it. Since it is unlikely that Americans will get much exposure to anything like this from their propaganda net, we at The Duran are happy to provide this as a service to inform our readers. What follows is the translated piece, edited only for translation errors and our own added emphases.

Why is Russia considered an aggressor, and Western countries – “doves of peace”, although everything is just the opposite?

Generally speaking, it is always surprising that all liberals claim that Russia is an aggressive state and that its entire history has lived only by attacks on its neighbors. At the same time, no evidence is given, in the sense that there are no examples at all to confirm these hypotheses at all. Therefore, it is necessary to deal with this once and for all in order to put an end to all sorts of speculation.

So, it is argued that Russia constantly arranged all sorts of wars and seized neighboring states. Here, the search should be limited to the period over the past 500 years, when Russia became a full-fledged state, therefore, there should be demand from this state. Which states did Russia begin to attack from the beginning of the 16th century, and if it did, then for what reasons?

The first major “foreign” war of Russia was the war against the Kazan Khanate (1552), which historically ended in the defeat of the Astrakhan and Siberian Khanates. But this war was preceded by many years of negotiations on the need to stop the Tatars’ attacks on the eastern Russian lands and their ruin. The Tatars were not going to concede anything, making attacks even during negotiations and taking the Russian population into slavery; moreover, they called for help from the extremely aggressive Ottoman Empire. As a result, it was decided to eliminate such aggressive neighbors, and thus remove the threat. Let us recall that as a result of the capture of Kazan from captivity, almost 100 thousand Christian slaves were freed. So this war should be called liberation, not aggressive, and it is simply impossible to argue with that.

Next comes the Livonian War, which began in 1558, and which was actually initiated by Russia. However, it was caused by the violation of the Russian-Livonian Order by a number of European states, which were going to destroy Livonia as an independent state. As a result, all the lands of this country were divided between Sweden, Denmark, Lithuania and Poland. Thus, there can be no talk of any seizure of foreign territories by Russia during the Livonian War, and if anyone was the aggressor here, then only the states named above.

The Russian-Polish wars of the 17th century also cannot be called aggression on the part of Russia, because they all began with the Poles, and on the part of Russia they were defensive, not aggressive. The fact that as a result the eastern part of Ukraine ceded to Russia was not a seizure – the leadership of the Hetmanate itself asked to be part of Russia in order to protect itself from the Poles and the Crimean Tatar horde.

The Great Northern War, started with Sweden by Peter I in 1700, was also not started by him. The Northern Union (Poland, Denmark, Saxony) provoked the war in 1699, and Russia joined this union of European states later, during the war. Thus, this war was not aggressive, but “allied” and each of the winners received their [own] dividends from it.

Russia fought the most wars with Turkey, and in 500 years there have been more than a dozen of them. But practically all wars, except two, were declared by the Ottoman Empire. And two of them were declared European coalitions, which included Russia. So there is no aggression here either.

The conquest of Transcaucasia and Central Asia in the 18th-19th centuries was also not a chain of aggressive wars, since they were carried out as part of the opposition to the British Empire, which seized and turned into its colonies the Asian countries bordering the Russian Empire. The British expeditionary forces were very active in these regions, especially in India and Afghanistan, and in the Transcaucasian regions they constantly provoked Iran and Turkey to seize Russian territories. As a result, all these attempts were thwarted, and all the Transcaucasian and Central Asian states were turned into Russian protectorates.

What “foreign” wars can you still recall, in which Russia participated? There were many such wars, including the Seven Years’ War of the mid-18th century, the Napoleonic wars of the early 19th century, the war in China at the turn of the 19th and 20th centuries, but all of these were wars within coalitions, and not unleashed by any one “aggressor”.

Someone may consider the conflicts and annexations in 1939-1940 as wars, but these were not separate wars, but operations carried out within the framework of World War II under a treaty with other states, and besides, not all of them were carried out with the use of weapons. … The invasion of Afghanistan in 1979 should not be considered an aggressive war either – the US invasion of Vietnam in the 60s can be considered an aggression just as well.

But the Europeans and Americans over the past 500 years have been marked by such a huge number of the most real aggressive wars with the seizure of foreign territories that “aggressive Russia” against this background is not noticeable at all. It is worth starting with the invasion of the Spanish armed forces in the countries of Central and South America, and you can end with the US attack on Afghanistan and Iraq in the early 2000s.

Yes, if you take all the seizures that the Europeans and Americans made, even in a little over 100 years, then this is quite enough to consider them the most real aggressors. For some reason, few people remember the seizure by the Americans of Hawaii, the Philippines, and other possessions in the Pacific Ocean – and after all, before the seizures, these were states, and not just territories inhabited by savages. After the collapse of the Ottoman Empire, the British, French and Italians divided practically the entire Middle East and North Africa among themselves – is this not aggression?

And what about modern attempts to attack Syria, Iran, Venezuela, North Korea? What are we to call these? Peaceful initiatives?

Adding to my statement below, the UK, France, Poland among others deserve some bit of payback for all its previous and ongoing aggressions (plural). The penalty for its impotent cucked male citizens should be a collective swift kick to the balls with heavy soled construction worker’s Kodiak boots. That would wake them up very quickly to urgent matters that require their attention. Cucks are the reason why the world is so unstable. So cucks must be part of the solution to turn this thing around – after they have received their just desserts. One or 2 decaipation hypersonic nukes to… Read more »

For readers who may be confused and disenfranchised:

“Mommy, he hit me first.” — Russian cry dating back to the Soviet era.

Russia was defeated by the Banksters in 1917, and they will be again as soon as Putin is gone. They are patient so long as they don’t face an imminent threat from him.

The G7 have professed their intention to lead the world. Let us be aware that this aspiration is rooted in the history of colonial coercion. The Japanese are a coloured people who have emulated the West in this. The G7 lays claim to leadership by virtue of Western values. In reality, these values are historically rooted in exploitation and the accumulation of capital (Jeremy Bentham and James Mill). Democracy even today is to divert one’s attention from monopoly, political oligopoly and (notably in America, the leader of the G7 leaders) a military-industrial state, permanently at war.

It is fitting that Queen Elisabeth, who as a person is quite admirable, cut her birthday cake with a sword. This symbolizes the history of violence of the Crown, including among other things the trafficking of opium and the impoverishment of Bengal. 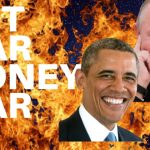 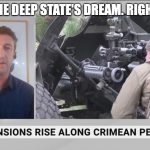