The covid lockdowns coupled with the extension of live streaming on YouTube, and now on other platforms, has led to a massive increase in a certain type of streaming, in particular legal punditry. Most of the lawyers concerned, but by no means all, are American, and by the same token most of the commentary concerns America.

Commentary is passed on a wide variety of issues including on live trials. Coverage of sensational trials goes back a long way before the Internet, but the first trial to attract really massive coverage was the 1994 double murder trial of O.J. Simpson, which played out on live TV and lasted for months. By contrast, the first Florida murder trial of Ted Bundy in 1979 took six days.

By 2011, Internet trials had come of age. This saw the trial of Casey Anthony in Florida for the murder of her young daughter in which she was totally acquitted on all the major charges against the weight of the evidence, albeit for different reasons from the Simpson trial.

The biggest Internet trial so far this year has been Depp v Heard, which was of course a civil case. Although it finished on June 1, Amber Heard is still making news, but no one who matters is interested in her lies.

Here are a few of the lawyers who have commented on that and other cases.

Viva Frei and Robert Barnes collaborate regularly on YouTube and other platforms. David Freiheit hails from Quebec and was a commercial lawyer. He began uploading videos to YouTube in 2013, amusing non-legal stuff. He now appears to make his living entirely on-line, something an increasing number of people from all walks of life are doing with YouTube channel memberships and superchats.

Nate Broady goes by Nate The Lawyer and lives in the Golden State – what is left of it. Like Viva Frei he has a modest subscriber base on Patreon, and like many of his ilk he has covered the Depp v Heard case heavily, with most of the emphasis on Heard because she lies every time her lips move.

Emily D. Baker and Natalie Whittingham Burrell are two of the female species. Baker is a former district attorney. Natalie Lawyer Chick calls herself a feminist and lists her pronouns, but in view of her sound legal analysis, it is difficult to take such claims seriously. Both have nothing but contempt for Amber Heard.

Other members of the same gang are Nick Rekieta of Rekieta Law; Robert Gouveia (formerly Robert Gruler) of Scottsdale, and Canadian Ian Runkle who goes by Runkle Of The Bailey.

Because he is in another time zone, Daniel ShenSmith doesn’t hang out so much with the trans-Atlantic crowd. He goes by Black Belt Barrister and has his own law firm (as opposed to chambers). Based in Litchfield, he too has commented extensively on Depp v Heard, albeit with the reserve demanded by the English bar.

Jameson Campbell goes by The Lead Attorney; as well as critiquing Amber Heard he specialises in family law and offers telephone consultations.

Other subjects covered by the above include the January 6 show trial and cover up, Trudeau’s attacks on freedom in Canada, and the Ghislaine Maxwell trial. Hopefully they will all soon be commenting live on the impeachment of Joe Biden and the trial of his depraved son, but don’t count on it. 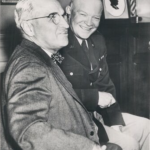 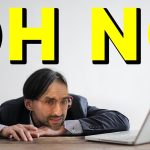