Today it’s “Nice White Parents.” That’s the title of a new podcast distributed by the New York Times which argues that many black and brown children are not excelling in our public schools because of “what is arguably the most powerful force in our schools: White parents.”

Specifically, liberal white parents who espouse enlightened views on race but then refuse to send their children to truly integrated schools – e.g. minority-majority without separate “gifted and talented” tracks — for fear they will be shortchanging their kids. Apart from the complex educational issues at play — including the inflammatory suggestion that minorities need to be around whites to succeed – the podcast reflects the left’s broader effort to demonize an unlikely group as it seeks to reduce every issue in American life to questions of race: liberal white women.

Trump-supporting conservatives and “patriarchal white males” are still in their crosshairs, but these women, long considered key allies in the cause, have become chief targets.

One example is the prevalence of the “Karen meme,” a social media label applied to white women allegedly exercising their “white privilege.” In some cases – such as the New York City woman who called the police on an African American birdwatcher in Central Park – it describes people who actually engage in racist actions. More often it involves far more ambiguous conflicts and micro-aggressions. But the larger message is clear: Karen resides in the heart of all white women, who have a conscious or unconscious desire to dominate minorities.

New York Times columnist Charles M. Blow wrote in May that he was “enraged by white women weaponizing racial anxiety, using their white femininity to activate systems of white terror against black men.” Last month, Washington Post Global Opinions Editor Karen Attiah tweeted, “White women are lucky that we are just calling them ‘Karen’s.’ And not calling for revenge.”

Ironically, it is their sensitivity to racial issues that makes white women easy targets. Many of them are powering the “Great Awokening” – the vast sea change in attitudes in which white liberals have moved farther to the left on a range of social and racial issues than even African Americans.

Some are paying $2,500 to host Race2Dinner meals at which their racial feelings are probed and their complicity in systemic injustice exposed by diversity experts.

Others have helped create a new genre of best-selling novels – what Naomi Schaefer Riley has described as “woke beach reads [that] infuse the best-selling template of white-bread chick lit with the consciousness of social justice warriors” in order “to educate whites about the deep racism that supports their privileged lives.”

Another best-selling book, “White Fragility” by Robin DiAngelo, explicitly singles out this group. As the white author told NPR, “My audience is the average, well-intended white person who sees themselves as open-minded, and yet cannot answer the question: ‘What does it mean to be white?’ I think white progressives can be the most challenging because we tend to be so certain that it isn’t us.”

Why are some women especially receptive and vulnerable to this guilt-tripping? At the risk of overgeneralizing, decades of research finds that women tend to experience guilt more frequently and deeply than men. These feelings may be intensified by social media, which appears to have contributed to growing rates of anxiety and depression, especially among younger women who are more likely to internalize criticism.

All women are not the same – just as all white people are not. But forces on the left have seen an opening they believe they can exploit.

If there is an endgame here besides the accrual of power and control, it is advancing the idea that being a nice person is no longer enough. Now that the vast majority of Americans are non-racists, the push is for everyone to become “anti-racist,” which is a whole different deal. Anti-racists are expected to actively strive each day to dismantle what they say is the systemic injustice that defines America. It means seeing every act as a political act that supports the existing tyranny if it doesn’t purposefully seek to dismantle it.

Racial reconciliation is yesterday’s goal; today’s is reparations, which doesn’t mean just a check from the government but personal sacrifice – of jobs, money and other tangible things. This apparently now includes sending one’s children to demonstrably lousy schools to serve the greater good.

The goal of society must be bring into full force and effect an attitude adjustment in us all, such that we stop thinking that we have too little, such that we feel most guilty about having too much.
Otherwise, we will always be looking for any excuse to enrich ourselves upon the misery of those with less education, less wealth, less whiteness of skin or who in anyway fall short of our exceptional selves.

Fkoff Bronstein. Take it to Israel.

WOKE white women? Are there really such silly people in America?

Platon
Reply to  Sergei in Siberia

Most things in the USA are now grammatical errors or simply absurd.
The US is being remade in the image of The Formless One – Satan. 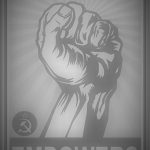 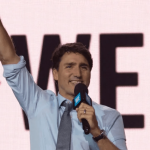