In case you haven’t heard of it, the Overton window is the acceptable window of discourse. It is named after Joseph Overton (pictured) who was killed in an air crash nineteen years ago.

Over the course of the Twentieth Century and now on into the Twenty-First, the Overton window shifted in what most people would consider a leftist direction. This isn’t all bad, for example, although they come from the left as much as or more than the right, slavery, child labour and torture are generally seen as right wing, and are now outside the Overton window totally. Apart from the ticking time bomb scenario, most people today consider torture to be totally taboo.

There are those who have attempted to move capital punishment outside the Overton window; by and large they have succeeded. While most people – especially the working classes, born again Christians and the majority of Moslems – believe capital punishment is justified at least sometimes, politicians worldwide are generally against it. Most countries have now abolished capital punishment and even those that retain it, generally use it  sparingly. The United States gets a lot of attention over its retention of capital punishment, but last year it executed only ten men and one woman.

Homosexuality has been brought well inside the Overton window to the extent that in the West men now marry other men, something that would have been inconceivable seventy years ago or less. What has been or is being pushed the other way? Nationalism, in particular any kind of nationalism that even hints at white identity. A corollary of this is opposition to immigration. Anyone who supports any kind of nationalism can and will be smeared as racist (whatever that vacuous word means), and curiously as anti-Semitic if not as outright Nazis. Some people even brand Israeli nationalists so.

A full discussion of how the left did this can be found in this video about the evolution of no-platform. The most sinister development in recent years has been with the bizarre and dangerous trans movement. For some reason this has attracted many leftists; women are now being no-platformed and even physically attacked because they refuse to recognise “trans women” as women. A trans woman is any man who self-identifies as a woman; the Wi Spa incident is one of the most outrageous examples of this. A dude with a moustache, who happens to be a convicted sex offender, walked into a women’s only sauna at this spa.

This led to a demonstration in defence of “trans rights”, It is notable that the mainstream media continued the pretence that Darren Merager wasn’t really a 100% man (as well as a pervert).

While child labour has long been outside the Overton window, certain elements of the left seem intent on making the sexualisation of very young girls, and boys, acceptable. This is something that must be resisted at all costs, along with vaccination passports and digital money.

According to The powers that be, the Overton Window can be described as Lawmakers enacting policy within political constraints whose perimeters are set by the public, and the core concept is that politicians are limited in what policy ideas they can support, within the range of policies voters will find acceptable. The fact of the matter is that public opinion is very malleable, as the father of PR (Propaganda) Edward Bernays, was well aware. The bounds of political constraint are not set by the public, but by the Lügenpresse (Lying press), who browbeat their subjects (the Public) into tolerating, then… Read more »

Some have said that 95% of the American, for example, population don’t have a thought in their heads that was not been put there by the MSM.
Probably fairly accurate. 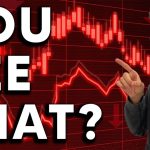