Authored by Craig Murray via CraigMurray.org.uk:

The Metropolitan Police made one statement in the Skripal case which is plainly untrue; they claimed not to know on what kind of visa Boshirov and Petrov were travelling. As they knew the passports they used, and had footage of them coming through the airport, that is impossible. The Border Force could tell them in 30 seconds flat.

To get a UK visa Boshirov and Petrov would have had to attend the UK Visa Application Centre in Moscow. There not only would their photographs be taken, but their fingerprints would have been taken and, if in the last few years, their irises scanned. The Metropolitan Police would naturally have obtained their fingerprints from the Visa Application.

One thing of which we can be certain is that their fingerprints are not on the perfume bottle or packaging found in Charlie Rowley’s home. We can be certain of that because no charges have been brought against the two in relation to the death of Dawn Sturgess, and we know the police have their fingerprints. The fact of there being no credible evidence, according to either the Metropolitan Police or the Crown Prosecution Service, to link them to the Amesbury poisoning, has profound implications.

Why the Metropolitan Police were so coy about telling us what kind of visa the pair held, points to a wider mystery. Why were they given the visas in the first place, and what story did they tell to get them? It is not easy for a Russian citizen, particularly an economically active male, to get past the UK Border Agency. The visa application process is very intrusive. They have to produce evidence of family and professional circumstances, including employment and address, evidence of funds, including at least three months of bank statements, and evidence of the purpose of the visit. These details are then actively checked out by the Visa Department.

If they had told the story to the visa section they told to Russia Today, that they were freelance traders in fitness products wanting to visit Salisbury Cathedral, they would have been refused a visa as being candidates for overstaying. They would have been judged not to have sufficiently stable employment in Russia to ensure they would return. So what story did Petrov and Boshirov give on their visa application, why were they given a visa, and what kind of visa? And why do the British authorities not want us to know the answer to these questions?

Which brings us to the claims of neo-conservative propaganda website Bellingcat. They claim together with the Russian Insider website to have obtained documentary evidence that Petrov and Boshirov’s passports were of a series issued only to Russian spies, and that their applications listed GRU headquarters as their address.

There are some problems with Bellingcat’s analysis. The first is that they also quote Russian website fontanka.ru as a source, but fontanka.ru actually say the precise opposite of what Bellingcat claim – that the passport number series is indeed a civilian one and civilians do have passports in that series.

Fontanka also state it is not unusual for the two to have close passport numbers – it merely means they applied together. On other points, fontanka.ru do confirm Bellingcat’s account of another suspected GRU officer having serial numbers close to those of Boshirov and Petrov.

But there is a bigger question of the authenticity of the documents themselves. Fontanka.ru is a blind alley – they are not the source of the documents, just commenting on them, and Bellingcat are just attempting the old trick of setting up a circular “confirmation”. Russian Insider is neither Russian nor an Insider. Its name is a false claim and it consists of a combination of western “experts” writing on Russia, and reprints from the Russian media. It has no track record of inside access to Russian government secrets or documents, and nor does Bellingcat.

What Bellingcat does have is a track record of shilling for the security services. Bellingcat claims its purpose is to clear up fake news, yet has been entirely opaque about the real source of its so-called documents.

MI6 have almost 40 officers in Russia, running hundreds of agents. The CIA has a multiple of that. They pool their information. Both the UK and US have large visa sections whose major function is the analysis of Russian passports, their types and numbers and what they tell about the individual.

I do not know if the two are agents or just tourists. But the claimed evidence they were agents is, if genuine, so obvious that the two would have been under close surveillance throughout their stay in the UK. If the official story is true, then the failures of the UK visa department and MI6 are abject and shameful. As is the failure to take simple precautions for the Skripals’ security, like the inexplicable absence of CCTV covering the house of Sergei Skripal, an important ex-agent and defector supposedly under British protection.

A further thought. We are informed that Boshirov and Petrov left a trace of novichok in their hotel bedroom. How likely is it, really, that, the day before the professional assassination attempt, which involved handling an agent with which any contact could kill you, Boshirov and Petrov would prepare, not by resting, but by an all night drugs and sex session? Would you really not want the steadiest possible hand the next day? Would you really invite a prostitute into the room with the novichok perfume in it, and behave in a way that led to complaints and could have brought you to official notice?

Is it not astonishing that nobody in the corporate and state media has written that this behaviour is at all unlikely, while scores of “journalists” have written that visiting Salisbury as a tourist, and returning the next day because the visit was ruined by snow, would be highly unlikely?

To me, even more conclusively, we were informed by cold war propagandists like ex White House staffer Dan Kaszeta that the reason the Skripals were not killed is that novichok is degraded by water. To quote Kaszeta “Soap and water is quite good at decontaminating nerve agents”.

In which case it is extremely improbable that the agents handling the novichok, who allegedly had the novichok in their bedroom, would choose a hotel room which did not have an en suite bathroom. If I spilt some novichok on myself I would not want to be queuing in the corridor for the shower. The GRU may not be big on health and safety, but the idea that their agents chose not to have basic washing facilities available while handling the novichok is wildly improbable.

The only link of Boshirov and Petrov to the novichok is the trace in the hotel room. The identification there of a microscopic trace of novichok came from a single swab, all other swabs were negative, and the test could not be repeated even on the original positive sample. For other reasons given above, I absolutely doubt these two had novichok in that bedroom. Who they really are, and how much the security services knew about them, remain open questions.

Russia Insider is not keen on accuracy. They recently ran a “translation” of an interview with a Russian official that was so full of mistakes it was barely useful.

Latest News. One of the accused is a Russian Colonel

am hants
Reply to  Cudwieser

So how did Belingcat come up with the name? ‘…The research team was able to find Anatoliy Chepiga in two locations and time periods in the database: in 2003, in Khabarovsk; and in 2012 in Moscow. In the 2003 database, a certain Anatoliy Vladimirovich Chepiga was listed with a phone number and an address only described as “в/ч 20662“, the Russian abbreviation for Military Unit 20662. 20662 is the Ministry of Defense designation number of Spetsnaz unit of GRU’s 14th Brigade in Khabarovsk… …To establish if he is, in fact, “Boshirov,” we needed to obtain a photograph. None were available… Read more »

Cudwieser
Reply to  am hants

I’ve a better question. Why aren’t you reporting the news 😉 :)?

Why did Williamson delete his ‘tweet’? Referencing Belingcat’s claim that the late Colonel Chepiga was visiting Salisbury on 2-4 March 2018? 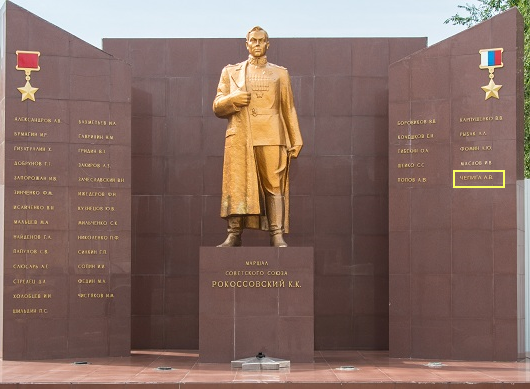 Have you watched the Johnny English films? This is an exact copy of what happened to the Skripals; Sergei Skripal was about to return to Russia to spill the beans on the Russia hate campaign? Skripals are now hostages of tMI6 and the Tory Regime.