The top-down reorganization of the world economy by a cabal of technocratic corporativists, led by the group around the Davos World Economic Forum– the so-called Great Reset or UN Agenda 2030– is no future proposal. It is well into actualization as the world remains in insane lockdown for a virus. The hottest investment area since onset of the coronavirus global lockdowns is something called ESG investing.

This highly subjective and very controlled game is dramatically shifting global capital flows into a select group of “approved” corporate stocks and bonds. Notably it advances the dystopian UN Agenda 2030 or the WEF Great Reset agenda. The development is one of the most dangerous and least understood shifts in at least the past century.

The UN “sustainable economy” agenda is being realized quietly by the very same global banks which have created the financial crises in 2008. This time they are preparing the Klaus Schwab WEF Great Reset by steering hundreds of billions and soon trillions in investment to their hand-picked “woke” companies, and away from the “not woke” such as oil and gas companies or coal.

What the bankers and giant investment funds like BlackRock have done is to create a new investment infrastructure that picks “winners” or “losers” for investment according to how serious that company is about ESG—Environment, Social values and Governance.

For example a company gets positive ratings for the seriousness of its hiring gender diverse management and employees, or takes measures to eliminate their carbon “footprint” by making their energy sources green or sustainable to use the UN term. How corporations contribute to a global sustainable governance is the most vague of the ESG, and could include anything from corporate donations to Black Lives Matter to supporting UN agencies such as WHO.

The crucial central goal of ESG strategists is to create a shift to inefficient and costly alternative energy, the Zero Carbon promised utopia. It is being driven by the world’s major financial institutions and central banks. They have created a dazzling array of organizations to drive their green investing agenda.

In 2013, well before the coronavirus, the major Wall Street bank, Morgan Stanley, created its own Institute for Sustainable Investing. This was soon expanded in 2015 when Morgan Stanley joined the Steering Committee of the Partnership for Carbon Accounting Financials (PCAF). On its website the they state,

“PCAF is based upon the Paris Climate Agreement’s position that the global community should strive to limit global warming to 1.5°C above pre-industrial levels and that society should decarbonize and reach net zero emissions by 2050.”

By 2020 the PCAF had more than 100 banks and financial institutions including ABN Amro, Nat West, Lloyds Bank, Barclays, Bank of America, Citi Group, CIBC, Danske Bank and others. Several of the PCAF member banks have been indicted in money laundering cases. Now they sense a new role as virtue-models to change the world economy, if we are to believe the rhetoric. Notably, former Bank of England Governor, Mark Carney is an “Observer” or consultant to the PCAF.

In August 2020 the PCAF published a draft standard outlining a proposed approach for global carbon accounting. This means the bankers are creating their own accounting rules for how to rate or value a company’s carbon footprint or green profile.

The Central Role of Mark Carney

Mark Carney is at the center of reorganizing world finance to back the UN 2030 green agenda behind the WEF Davos Great Reset, where he is a member of the Board of Trustees. He also is Adviser to the UN Secretary General as United Nations Special Envoy for Climate Action. He has described the PCAF plan as follows:

“To achieve net zero we need a whole economy transition – every company, every bank, every insurer and investor will have to adjust their business models, develop credible plans for the transition and implement them. For financial firms, that means reviewing more than the emissions generated by their own business activity. They must measure and report the emissions generated by the companies they invest in and lend to. PCAF’s work to standardise the approach to measuring financed emissions is an important step to ensuring that every financial decision takes climate change into account.”

As Governor of the Bank of England Carney played a key role getting world central banks behind the Green Agenda of the UN 2030 scheme. The major central banks of the world, through their umbrella Bank for International Settlements (BIS) in Basle, created a key part of the growing global infrastructure that is steering investment flows to “sustainable” companies and away from those like oil and gas companies it deems “unsustainable.”

When then-Bank of England Governor Mark Carney was head of the BIS’ Financial Stability Board (FSB) he established something called Task-force on Climate-related Financial Disclosure (TCFD) in 2015.

Anne Finucane, the Vice Chair of the Bank of America, a member of both the PCAF and the TCFD, noted,

“we are committed to ensuring that climate-related risks and opportunities are properly managed within our business and that we are working with governments and markets to accelerate the changes required… climate change presents risks to the business community, and it is important for companies to articulate how these risks are being managed.”

The Bank of America vice chair describes how they assess risks in its real estate loan portfolio by assessing, “acute physical risk analysis on a sample portfolio of Bank of America residential mortgages across the US Each property was given a score based on the level of risk associated with 12 potential hazards: tornado, earthquake, tropical cyclone, hailstorm, wildfire, river flood, flash flood, coastal flood, lightning, tsunami, volcano, and winter storm.”

As well, the banks’ investment “risk” in oil and gas as well as other industrial sectors is reviewed using the criteria of Carney’s TCFD. All risks are defined as related to CO2, despite the fact there is no conclusive scientific proof that manmade CO2 emission is about to destroy our planet by global warming. Rather evidence of solar activity suggests we are entering an unstable cooling period, Grand Solar Minimum. That’s of no concern to the financial interests who stand to reap trillions in the coming decade.

Another key part of the financial preparation for the Great Reset, the fundamental transformation from a high-energy intensity economy to a low and economically inefficient one, is the Sustainability Accounting Standards Board (SASB).

SASB says it “provides a clear set of standards for reporting sustainability information across a wide range of issues… “ This sounds reassuring until we look at who makes up the members of the SASB that will give the Climate-friendly Imprimatur. Members include, in addition to the world’s largest fund manager, BlackRock (more than $7 trillion under management), also Vanguard Funds, Fidelity Investments, Goldman Sachs, State Street Global, Carlyle Group, Rockefeller Capital Management, and numerous major banks such as Bank of America and UBS. Many of these are responsible for the 2008 global financial collapse.

What is this framework group doing? According to their website, “Since 2011, we have has been working towards an ambitious goal of developing and maintaining sustainability accounting standards for 77 industries.”… 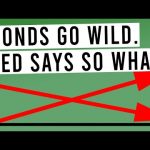 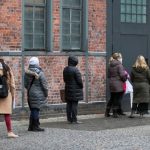