The news that Lithuanian government suspends use of AstraZeneca COVID-19 vaccine from March 16 as “a precaution” until the European Medicines Agency gives a final evaluation of its safety, made citizens nervous. It happened just some hours after Lithuanian Prime Minister Ingrida Šimonytė categorically told the public broadcaster her government would not suspend use of the vaccine, saying the harm due to the disruption to vaccination would be worse.

Thus, her statement was completely nullified by subsequent decision, which caused distrust of politicians’ ability to lead the country out of the COVID-19 crisis.

The situation has become even worse when on March 18 the European Medicines Agency said the AstraZeneca vaccine is safe, though several EU member states, including Lithuania, Latvia, Germany, France, Italy, and Spain, have already suspended its use over cases of blood clots in a number of people who received it.

Then unsuspected statement of Jurgita Grebenkovienė, chancellor at the Health Ministry followed. According to her, mass vaccination from Covid-19, which was scheduled to start in May, will be delayed. She even did not specify how long the delay would be.

“We are planning to review the vaccination schedule, since we have been informed by producers about changes in the number of vaccines [to be delivered] in the second quarter,” she told LRT RADIO on Monday morning.

It is interesting that the same day, Lithuanian President Gitanas Nausėda was vaccinated against Covid-19 at a Vilnius polyclinic to promote trust in the AstraZeneca jab.

Last week, Lithuania’s leaders and lawmakers were included into the vaccination priority group to “bolster the country’s trust” in the vaccination effort. It is now clear, that even if this vaccine is safe and effective, Lithuanians could not get jabs because of delay. The situation is strange : government try to promote the vaccine which is unavailable. The safety of AstraZeneca also arises doubt.

It is known that the European Commission has so far given 4 conditional marketing authorisations for AstraZeneca, Moderna, and the vaccines developed by BioNTech and Pfizer and Janssen Pharmaceutica NV, following EMA positive assessment of their safety and efficacy. Thus, the following vaccines can be used in the EU to prevent COVID-19: Moderna (Spain,), Janssen (U.S.), AstraZeneca (Britain–Sweden), Comirnaty (Germany, U.S.).

In spite of this authorization, the head of the country’s medicine authority Gytis Andrulionis told reporters on last Tuesday that “We are taking the decision now, because over the previous few hours we have received three reports about serious, unexpected, unwanted thromboembolic cases in patients who were given the AstraZeneca vaccine in Lithuania.”

Several EU member states also have temporarily suspended vaccination with the AstraZeneca vaccine due to possible formation of blood clots.

At the same time Lithuanian Prime Minister completely ruled out the possibility of using other vaccines, including the Russian and Chinese ones. The more so, Šimonytė said that “Sputnik is definitely not that vaccine that we have included into our vaccination portfolio”.

It should be said that during his visit to Moscow in February, EU foreign policy chief Josep Borrell suggested that the Russian-developed vaccine would be used in the EU.

Besides, in the Asian region, vaccination programmes are steadily progressing in places like India which says it has administered around 14 million doses since January.

Some Asian countries choosing US, some prefer China for the Covid-19 vaccine. At least they have a choice. Lithuanians have no choice. They even have no clear understanding about the safety of allowed vaccine. It is a political crime not to give people any chance. All what the government did is getting jabs by themselves.

The EU, as well as Lithuanian authorities took the responsibility for more than 513 million (on 1 January2019) of people! It is known that the European Commission has been negotiating to build a diversified portfolio of vaccines for EU citizens at fair prices. Though vaccination gathers pace across the European Union, the developed scheme works with big problems.

Unlike the EU, Asian countries do not limit themselves in choosing the vaccines. Thus, for example, Indonesia, the Philippines have turned to Beijing; Singapore and Japan are partnering with US firms; while Thailand and India developing their own vaccines.

The question is why should Lithuanians be hostage of the situation and political environment. Availability and safety of vaccines today is a matter of life and death.

Taking into consideration the fact that using of AstraZeneca COVID-19 vaccine was delayed and Sputnik V was not allowed, Lithuania has fallen into the trap set by officials. The second question is whether these officials are aware of the full responsibility for the fact that people do not receive timely assistance and could die because of them. Lithuanian officials see enemies in Russia and China, but they became enemies for their own citizens, depriving them of choice and following the lead of the United States and the European Union.

What Lithuanians need most is free psychiatric care. 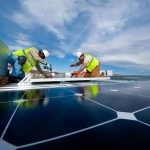 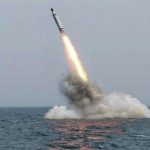