The main symbol of NATO’s air power, the multifunctional stealth fighter of the 5th generation F-35 Lightning II, did not justify the expectations put on it. Broadly advertised as the “best aircraft in the world” F-35 in reality turned out not to be a formidable weapon capable of “blowing into stone age” anyone doubting in justice of American hegemony and western values but an extremely expensive and having a lot of disadvantages project by means of which the USA intends to increase military and political dependence of its allies and satellites and moreover at their own expense.

The JSF (Joint Strike Fighter Facility), costing more than $55 billion, involves nine countries besides the US: Australia, Canada, Denmark, France, Italy, the Netherlands, Norway, Turkey and the UK. As of July 2021 the F-35 Lightning II in different modifications is in service with the Air Forces of the following countries: the USA, Great Britain, Israel, Australia, the Netherlands, Norway, Italy, Japan, and South Korea. Deliveries of combat vehicles to Denmark, Belgium, Poland and a number of other countries that are in the orbit of influence of Washington are expected.

Meanwhile, aviation experts are coming to disappointing conclusions. F-35, which development programme has been continuing for 15 years, has a number of serious drawbacks that can undermine its combat capabilities. In addition, it is inferior in many ways not only to its direct rivals from Russia (the Su-57) and China (the J-20), but also to the much less advanced machines of the fourth generation.

So, let us list the main shortcomings of the American fifth generation fighter F-35 Lightning II:
1) The fighter’s four-barreled cannon mounted on it deflects the aircraft off course during firing. In addition, the Pentagon has serious complaints about the accuracy of the gun.
2) A serious threat to the Lightning is… a lightning strike. As the neutral gas injection system does not work, staying within 40 kilometres of a lightning strike could have fatal consequences for the aircraft and its pilot. An electrical shock to the aircraft can ignite the fuel and cause the aircraft to explode. In view of this, the American aircraft can hardly be considered all-weather.
3) Fatal for the F-35 may be supersonic flight, which is not a problem for most of third or even second generation fighters. In protracted supersonic flight the F-35’s radio absorption stealth coating begins to break down, as a result of which it loses its “invisibility”. Repairing this component of the fighting vehicle is possible only in factory conditions, which requires considerable additional expenses to operate the aircraft.
4) Another problem with the American fighter is its electronic systems, in which “artificial intelligence” plays an important role. Often it simply incapacitates the plane, with no chance for the pilot to fix it. According to one version, it was the failure of artificial intelligence that led to the loss of the Japanese F-35 over the Pacific Ocean on 9 April 2019, killing the pilot.

In addition, tests have shown that due to software failures, the F-35 is often simply unable to use air-to-air missiles, aerial bombs and cannon. It is not difficult to imagine the outcome of a real air-to-air engagement in case of such a failure of the “smart” hardware. Especially if the Russian or Chinese F-35 competitor will be the enemy.

An indicative situation in this respect took place in June 2021 over the Baltic Sea when the Italian “invisible” F-35A was easily detected and even conditionally shot down by the Russian Su-30SM fourth generation fighter flying from the Emari airbase in Estonia. The Russian pilots approached the probable enemy, showed it their entire arsenal, thus warning of the possible consequences of violating Russian air borders, and then calmly withdrew.

Of course, such incidents can always be put down to the low level of training of Italian pilots. Except that the Americans themselves have not been in a hurry to buy new F-35 fighters recently. Thus, in 2022, the Pentagon is planning to spend 1.4 billion dollars on purchasing upgraded F-15EX fighters from the Boeing Corporation. The F-35 is not on this list. On the contrary, the Pentagon foresees serious financial difficulties by 2036 because of high maintenance costs for the F-35. The dilemma is simple: either significantly reduce the number of purchased aircraft, or sacrifice combat training of pilots and significantly reduce the number of sorties.

In addition, the service life of the F-35 fifth-generation fighter jets was almost four times lower than expected. So, instead of the planned 8,000 hours of flight time, “there could be as few as 2,100 hours”, Bloomberg reported in January 2019, citing a Pentagon report on tests of the F-35B short takeoff and vertical landing fighters procured for the US Marine Corps. This means that by 2026 some of the Lightnings that have entered service will have reached the end of their service life.
The Pentagon also had complaints about the F-35’s ejection system. It was found that it is capable of breaking neck vertebrae of pilots with a relatively low weight of up to 60 kilos. Pilots with more weight complained of neck and spine pain after ejection.

In total, by the end of 2020 the list of deficiencies of the F-35, which have not been solved for almost a decade and a half since the start of its epic, included as many as 872 items. Of these, 10 are in the first category, that is, “can cause death, serious injury or severe occupational disease to pilots and loss or serious damage to the weapon system and critically limit the aircraft’s capabilities”.
And now this aircraft product, which looks more like a semi-finished product, is being intensively introduced by Lockheed Martin Corporation in all US-controlled countries, and in large quantities at that. Taking into account that the cost of one aeroplane makes 120-130 million dollars without taking into account operating costs. And the latter can inflict, if not ruin, then a truly irreparable damage to the military budget. Just one hour of flight of one F-35 costs about 50 thousand dollars. If in the United States such costs represent a very heavy burden for the military budget, what to say, for example, about Denmark, which has ordered 27 Lightnings or Poland, whose requirements in the American planes amounted to 32 machines. And Italy, which has ordered 90 F-35A and F-35B, has already received only 13 aircraft, but it is already up to US$ 600 million, which the country owes to Lockheed Martin.

Turkey was more fortunate in this respect, which initially took part in the F-35 project and was to buy a hundred combat aircraft of this type. However, Erdogan’s purchase of S-400 anti-aircraft missile systems from Russia led to the fact that an offended Washington excluded Ankara from the F-35 programme and cancelled the Turkish order.

If the Turks can now breathe easy, the rest of the American allies and satellites are forced to go along with high-level Lockheed Martin lobbyists. Namely, to participate in the production and purchase of combat-doubtful but well-publicized planes that have become a symbol not of next-generation aviation, but of unconditional loyalty to the world hegemon and the desire to please him even at the expense of national security interests.

From what they say the F35 is the greatest piece of flying scrap metal ever built in the history of aviation. Boeing has done the greatest con job ever and billions have been spent, some say its over a $1 trillion, in research, design, electronic and weapons on something that has so many faults. I cant recall who said it but it went like “its a funnel from the US treasury to Boeing but nothing is coming out at the other end except stories on how good it is.” I recall several years ago two retired senior Australian air force… Read more »

This is what you get when you side with the U.S. of A. you simply become a cash cow to be milked for every last cent. Worse, the military crap you buy, will be switched off and become unuseable if countries become involved in wars that have sided with the U.S. In effect, making all the U.S. equipment just so much incredibly expensive junk. Ask the Australians, they have heaps of it in warehouses in Canberra, unable to use it, only good for scrap, yet they paid billions for it all. So much for good friends. L.O.L.

It was once postulated man would never fly. Well Man did fly and has launched all kinds of craft into the air and even into space. Pigs are not flying yet but I believe it will happen soon……after all we have flying junk that sells for billions of dollars. So anything is possible. 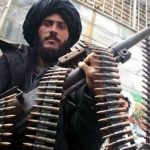