Whatever one thinks about Vladimir Putin or Ukrainian leader Zelensky, most rational people would agree this madness has to stop, but American so-called progressive leaders appear to have either drunk the Kool-Aid or taken backhanders from the sort of people who bankrolled Hunter Biden, because to a man and woman they are supporting this American proxy war against Russia. Thankfully, common or garden progressives are not only totally opposed to it but have been making their displeasure known. Last month, Alexandria Ocasio-Cortez was heckled by former supporters at her own town hall

Elizabeth Warren and Ayanna Pressley got the same treatment at a meeting where they were advocating the cancellation of student debt, and last week, Jimmy Dore called out socialist millionaire Bernie Sanders for doing the same thing.

On the other side of the Atlantic, politicians are not so corrupt and are supporting the Stop The War Coalition including their Xmas fundraiser. Tickets are on sale through Eventbrite from  a modest £5.98 to £25; the event will be held entirely on-line on the evening of December 8. The only MP lined up to speak is Claudia Webbe, an unfortunate choice for a woman fortunate to still be an MP after her conviction for…saying something not very nice to a love rival! But the organisation also has a big meeting lined up in January at which Jeremy Corbyn will be speaking.

Check out the Stop The War website and their YouTube channel, even if you don’t agree with the politics of their individual members.

Alex I’m not sure if you know but the informant for the FTX exposure was found dead a few days ago..Michael Jaco 11 (11 Chanel’s from deplatform) X navy seal & cia on U-tube is the only one announcing this intel..the informant knew he was a target & had someone release the info if he got deceased .
Thank You for ALL that you do ❤️Lisa Australia😇💪✌️👍
I don’t have my email currently set up but can do upon request

Isaiah Jackson, who worked for CoinDesk, tweeted the following about the ongoing FTX debacle:

“Look up the religious affiliation of everyone involved in the FTX collapse. Kanye was right.”
He was fired for Pattern recognition (Antisemitism) by CoinDesk.

As Andrew Anglin stated “Jews are 2% of the American population and 100% of the high-level FTX employees.”

What extreme left are we talking about? Extreme left are Anarchist, and i don’t see any Anarchist in politics or any position of power. Please stop calling things for what they are not

Anarchists (Anarcho-communism) are only one flavour of the extreme left. You also have Trotskyism, Bolshevism, Maoism (a variety of Marxism–Leninism),…… ad nauseam.

The one common denominator they all share is Satanic Marxism, and Karl Marx was Satanic.

I was involved in organisations analogous to ‘Stop The War Coalition’ from before the time of the NATO bombing of Yugoslavia, which was the genesis of the current Russo-NATO war in Ukraine, which is obviously the starting point of World War 3.  Then again, World War One, Two and Three, could be more accurately called the 2nd Hundred Years’ War.  Back to my point, ALL ‘Stop The War Coalition’ groups are Deep State controlled opposition organisations, as I unsuspectingly found out when I was also involved with them in the late 90s and early 2000s. The Protests against the Iraq… Read more » 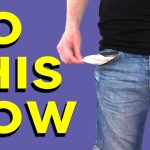 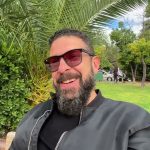