Which American politician said the following on January 3, 2020:

“Last night the President engaged in what is widely being recognized as an act of war against Iran, one that now risks the lives of millions of innocent people.

Now is the moment to prevent war & protect innocent people – the question for many is how, publicly & Congressionally”.

Any ideas? Okay, this was followed the same day by:

“Right now is the moment to decide if you are pro-peace or not.

The cheerleaders of war, removed from its true cost, will gladly convince you that up is down – just as they did in Iraq in ‘03.

But war does not establish peace.

War does not create security.

War endangers us all.”

Whoever it was, hats off to her. Her? Yes, these were the words of Alexandria Ocasio-Cortez less than three years ago.

And this was her at a recent, very sparsely attended Town Hall being heckled viciously by two of her former supporters. Heckled and denounced as a warmonger for supporting the Democrat war machine.

A slightly older and principled Democrat has recently quit the Party. Tulsi Gabbard remained as long as she could, hoping she could change it, or that it would change, until this month she realised that was an impossible task, the Democratic Party she once knew and supported is now long gone.

Here is Tucker Carlson’s takedown of the moronic Ocasio-Cortez. His conclusion is that she has sold out, if not for hard cash then for other reasons, in short, the radical, so-called progressive Alexandria Ocasio-Cortez is now a fully paid up member of the Establishment and a supporter of the Deep State, indeed Carlson goes further claiming that like so many leading Democrats she says one thing and does another, and has done since at least 2019. So have the other members of the so-called Squad.

That’s the bad news, on the other side of the Atlantic, an organisation made up of sincere if gullible leftists is continuing to fight against this madness.

The Stop The War Coalition was founded in the wake of the 9/11 attacks. If you were not alive in September 2001 or are not old enough to remember them vividly, check out some of the footage on YouTube and elsewhere. This was the day the world changed.

Many of the leading voices in Stop The War are idiots, like Jeremy Corbyn, Diane Abbott, and Lindsay German. But, as the saying goes, even a broken clock is right twice a day, and even idiots realise that a nuclear war in Europe or anywhere, even a “limited” nuclear war, would have no winners.

Stop The War holds regular meetings which you can attend in person or on-line. Check out their website for full details. Their next meeting is in Brighton on October 18, this is a lobby of the Trade Union Congress to oppose military spending. The same evening there is a special screening in London of the film The Coming War On China. God help us all should that happen.

I liked TRUMP as “HE” was anti-war, one reason they want him OUT.

TRUMP, if you are READING THIS, take some advice, JEWS are “NOT” your friends, !

Trump, if you’re reading this anti-Semitic moron, people like this person is what’s wrong with the world. Anyone who singles out a demographic and blames them for all of the world’s woes is a brain dead moron not worthy of consideration and has no place in society. Yup, Aussie, that means you.

Yes, I oppose war, but understand why Putin went to war in Ukraine. The peace movement in the US was destroyed by Obama.

Amongst this mixed-up cutoff montage there are all sorts of generalized statements but nothing is followed through. You are left with smear.
Carlson is haplessly describing in part the news organisation to which he belongs. Elements of truth mixed up in a right wing context of mostly lies and distortion.
The information about certain influential people obtained from wire tapping phones has kept media mogul ‘where is my Roy Cohen’ Murdoch from going to jail.

Jeremy Corbyn wasn’t an idiot. He’s stuck by his principiles, anti-war, anti-globaslists, greedy bastards, bleeding the poor and ordinary folk dry. He was a threat, just like Trump, because they both wanted to pull out of NATO. Jeremy wanted to reservse the damage done to the population by the greedy bastards in the Conservative party. The Coinservative party have always absolutely hated the NHS and were the ONLY party to NOT vote for it in 1948, that says all you need to know about their mentality. He’s also against privatisation, our energy supply, our transport system, our health system, our… Read more »

He was a believer in the green bullshit though, which is anti-labour by its very nature.

I finally get why he’s called TheDarkMan: his political perspective is all heat and no light. 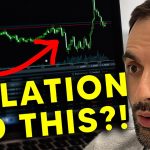 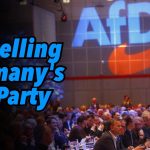