With the civil war in Yemen raging for the past seven years, yesterday’s attack at Aden Airport against the pro-Riyadh shadowy government of Maine Abd al-Malik Said is another important development reflecting the fact that Yemen is far from being stabilized in terms of security. Conventionally and until the war is over, in a civil war-torn country, the party that control the country’s capital is considered the “official” government. In Yemen, the capital Sanaa is occupied by the formerly “revolutionary” Shiites Houthis, who now have become over the years the government of Yemen. The ousted government of Abdullah Mansour Hadi has repeatedly tried in recent years to return to the leadership of the country but in vain.

The arrival of pro-Riyadh’s government’s arrival in Aden is part of Saudi Arabia’s attempt to curb the dominance of Shiite Houthis who control most of inhabited lands of Yemen, whose political and economic life is concentrated in the country’s mountainous and fertile western provinces, i.e. constituting roughly 75% of the Yemeni territory is desert.

Yemen has been in chaos since September 2014 when the Shiite Axis of the Middle East backed the Houthis in their attempt to seize power in Yemen in response to a move by the pro-Israel Sunni axis to destabilize Iraq and Syria by establishing and operating the so-called “Islamic State” (ISIS) two months earlier, in June 2014. Since then, the so called Islamic State has been defeated in Iraq and Syria mainly under the leadership of Shiite forces uner the leadership of the Iraqi General Abu Mahdi al-Muhandis and Iranian General Hajj Ghasem Soleimani, while the Shiite Houthis remain sovereign in the Yemeni front now.

The attack at Aden airport shows how fragile are the efforts of Riyadh and Abu Dhabi build bridgeheads against the Houthis, who are capable of targeting both strategic targets in Saudi Arabia and the UAE, as well as in southern Yemen. For now the balance of power in Yemen remains in favor of the Shiites and at present there does not seem to be any regular movement of pro-Riyadh Sunni forces on the horizon that could affect the current pro-Shiite strategic balance of power in Yemen.

For their part, the United States and Israel, in their efforts to maintain the geopolitical gains in the region and restore a growing sense of security for the Saudis and other allies in the region, try to confront the Shiite coalition that does not bluff but acts systematically and unexpectedly each time. In this process, the US, having exhausted almost all the asymmetric economic means of pressure on the Shiite axis, has two options in Fertile Arabia (Yemen): to exercise its own firepower directly or to seek a truce and ultimately peace. The first option largely involves the prospect of an Afghanistan-type failure, due to the declining morale of US allies in their war against the Houthis as a result of the already failed seven-year Saudi campaign and invasion of Yemen. The second option involves Washington acknowledging that its opponents in Yemen, and the Middle East, have won a major stronghold in Yemen and a bridgehead that seeks to change the political map of the Arabian Peninsula and the Levant in an Islamic context for the first time after fall of the Ottoman Sultanate during the First World War. The US seems indecisive for now.

As for the United Nations….

Just to be clear about who is doing the killing… 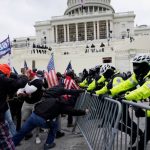 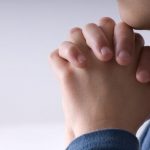