The current sowing campaign is a difficult challenge for Ukrainian farmers. They have to carry out work at their own risk: agricultural land is constantly under fire, and farms are literally leveled to the ground. According to Kyiv, the culprit is Russia. It is the servicemen of the Russian Armed Forces, according to the Ukrainian authorities, who disrupt the sowing campaign: they destroy fields, steal or blow up agricultural equipment and eliminate fuel reserves. In Kyiv, they believe that such actions of Russia create serious prerequisites for a food crisis, moreover, on a global scale. How these accusations justified is a big question.

To begin with, I would like to note that the topic of the food crisis is being actively discussed both among the Ukrainian political elite and in Western media. And these fears are by no means unfounded. The fact is that Ukraine is the fifth largest exporter of wheat, accounting for about 10% of the world market. The country is also one of the largest exporters of corn with a share of about 15% of world exports, as well as the world’s largest exporter of sunflower oil.

UN Secretary General António Guttieres expressed concern that the war could lead to a “hurricane” of world hunger, disruption of the global food system and political instability in many countries. At the same time, the countries of the Middle East and North Africa, which import at least 50 percent of wheat from Ukraine, become the most vulnerable. However, this does not mean that European countries are less at risk. Thus, France is the largest producer and exporter of wheat in the EU, the value of which has increased significantly. If a year ago French farmers paid 250 euros per ton, now they are already paying 1250 euros.

The experts of the British “Guardian” also report a sharp spike for Ukrainian grain crops. Analysts operate on the data of quotations of foreign futures exchanges, in particular, the French “Matif”. So, since the beginning of hostilities, grain prices have soared barely if not twice – up to 420 euros per ton, while before the start of the war there were at the level of 280 euros.

At the same time, the Western expert community demonstrates the similarity of opinions and believes that the prerequisite for a global food crisis is “the war unleashed by Russia in Ukraine.”

But let’s be objective: the statements of official Kyiv and the accusatory rhetoric of the Western media against Russia are absolutely unsubstantiated. Statements by Zelensky, Shmygal and other Ukrainian officials about the alleged shelling of farmland by the Russian military, the bombing of farms, the destruction of equipment are broken by real facts.

So, the farmers of Kherson and Zaporozhye regions told they had to work in helmets and body armor, under almost continuous artillery fire from Ukrainian armed formations. Moreover, not only farmland is shelled but also farms. From my point of view the most scandalous incident occurred in the Zaporozhye region, where a farm building to store equipment was destroyed with Tochka-U which is in service of the Armed Forces of Ukraine. And its cannot be restored, as all supporting structures have been destroyed.

Anti-tank and anti-personnel mines for farmers in the Kherson and Zaporozhye regions are also common fact. As well as the trip wires left by the sabotage groups of the Armed Forces of Ukraine. The only persons that civilians have to rely on are Russian sappers, who have cleared more than 12,000 explosive objects in the Kherson region alone, a significant part of which are cluster munitions banned by the UN Convention.

Thus, it becomes obvious that it is the Ukrainian government, and not the Russian military, that is disrupting the sowing campaign. Kyiv endangers farmer’s lives reduces labor productivity and decreases the supply of agricultural products to the international market instead of creating normal working conditions for its own citizens. As a result of such provocations, Ukraine will lose about 20 billion dollars in revenue which annually comes to the country’s budget only from sailing of grain. Here is the simple arithmetic.

Same old, same old. They scream when they strike you. It’s so obvious, even the blind can see it. 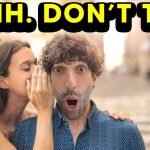 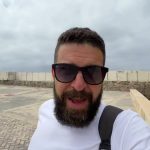