The Case of Joe Rogan: Vaccine Policy and Freedom of Speech

Recently, Joe Rogan, one of the largest podcast hosts in the United States (10.6 million YouTube subscribers), expressed the following opinion about the vaccination of young adults: ” If you are 21 and ask me if you should get the vaccine, I would say ‘no’.

Recently, Joe Rogan, one of the largest podcast hosts in the United States (10.6 million YouTube subscribers), expressed the following opinion about the vaccination of young adults:

“If you are 21 and ask me if you should get the vaccine, I would say ‘no’. If you are a healthy person and exercise all the time, and are young and eat well, I don’t think you have to worry about this.”

This comment created a furor in the United States, where the government’s target is vaccination of the entire adult population. For these few sentences he received a sharp reprimand from the White House and Dr. Fauci, who accused Rogan of being selfish and endangering vulnerable members of society.

Given the very low Covid risk for this age group, Rogan’s comments seem to make some sense. Wouldn’t it be more altruistic, rather than selfish, to let a vaccine dose be used first by someone who needs it more? Either way, such criticism is ludicrous when it comes from a government that so often acts contrary to the interests of society.

Additionally, considering the way in which the Covid vaccines were launched, some skepticism on the part of Joe Rogan, and the general population, seems warranted. Indeed, these vaccines have become available so quickly that the Phase II and the Phase III development of these vaccines have been conducted in parallel and are not yet completed. In the US, the Covid vaccins are currently approved only as emergency measures by the FDA, though nearly 260 million Americans have already been vaccinated.

In the case of AstraZeneca, the pressure to get a vaccine out as quickly as possible caused an issue in the dosage during the first distributions. In many European countries this vaccine has not been recommended to young people because of a perceived risk of blood clots. In Russia, an antibody test is recommended before vaccination to ensure that the patient is not already immune, in order to avoid wasting doses and to avoid overloading the body with antibodies.

In this context, it does not certainly seem shocking to suggest, like Joe Rogan, that healthy young adults may not really need to get vaccinated.

FREEDOM OF SPEECH THREATENED BY INTIMIDATION

In reality, the real question is not whether Joe Rogan was right or wrong in saying what he said. Criticism of a citizen by the US government is disturbing regardless of the comments that was made. What about freedom of speech when the State criticizes an individual’s speech?

But this implies that it is not unconstitutional for the authorities to publicly judge the speech of its citizens, such as Rogan. As reported by Glenn Greenwald, this represents in practice a government control of speech. He quotes an FCC commissioner who notes that:

“Politicians have realized that they can silence the speech of those with different political viewpoints by public bullying.”

For politically “sensitive” subjects, authorities do not accept deviations from their official story. This deleterious situation has existed since long before the pandemic. Today, it is about vaccine policy, but yesterday, about the war on terrorism, about Russiagate, about the corruption of Joe Biden, and many other topics. Greenwald explains:

“When it comes to censorship of politically adverse content, sometimes explicit censorship demands are unnecessary. Where a climate of censorship prevails, companies anticipate what those in power want them to do by anticipatorily self-censoring to avoid official retaliation. Speech is chilled without direct censorship orders being required.”

Concretely, this means that when Joe Rogan is publicly criticized by the authorities, countless other content is never published. This process of media self-censorship, without open and direct coercion from the State, is of course part of the propaganda system that Herman and Chomsky famously called “Manufacturing Consent.”

For intrepid journalists who still take the risk of publicly challenging the official consensus, the lucrative and prestigious positions in mainstream media are no longer accessible. As shown by Greenwald, the risk to their reputation that they incur is real, because they are also then systematically victims of unscrupulous practices, such as being accused of being a conspiracy theorist or of inciting terrorism. These accusations, usually completely unfounded, can destroy careers in the toxic politically correct environment that exists in the United States.

Unfortunately, it doesn’t end there. The authorities go much further than these Mafia methods of intimidation. The main social networks in the US have also become of reliable servants of the State, by filtering and censoring persons or publications at the request of various State institutions; the same way that mainstream media has behaved for ages.

With respect to Covid vaccine policy, for example, Facebook and YouTube today systematically censor comments and videos that are not in line with the official version of governments, the CDC and the WHO. The fact that these institutions have often changed their opinion about which health policy to recommend, does not seem to be a problem.

A CONSTITUTION IS NOT SUFFICIENT PROTECTION

This situation with Joe Rogan should remind everyone that the fight for individual freedoms, including freedom of speech and of the press is a permanent struggle. No document, be it the US Constitution or the Declaration of Human Rights, gives an absolute guarantee against the violations of these freedoms by the State, as shown by many historical examples.

The authoritarian tendencies of nominally democratic governments are nothing new. Indeed, these governments have a natural interest in trying to influence – not to say shape – public opinion. Recent history shows that in collaboration with traditional mainstream media and now social networks, the government is willing to do almost anything to prevent the electorate from understanding its real behavior. The fame of Joe Rogan will at least have contributed a little to exposing this truth.

Another view from the USA:

As shown in this article, one nation is allowing children down to and including the age of 12 to make their own decisions about vaccinations without parental consent:

By doing this, the state is taking over the rights of parents to determine what is best for their children.

The health industry that “they” hoped to have is cratering. They are vastly running out of options as the people of the world return to the old wives ways. They closed the hospitals and doctors offices in hopes you would die, instead most lived, thanks to the “real” doctors who alerted the people to the maltreatments being recommended by devils. Although, permanent heart troubles to our youth and 5G cytokine storms are a whole new ball of evil. Also, best you remove all that hoary cress and ragweed from your yards before they bloom, for I don’t want your allergies… Read more » 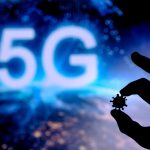 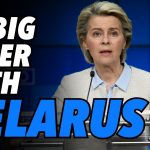