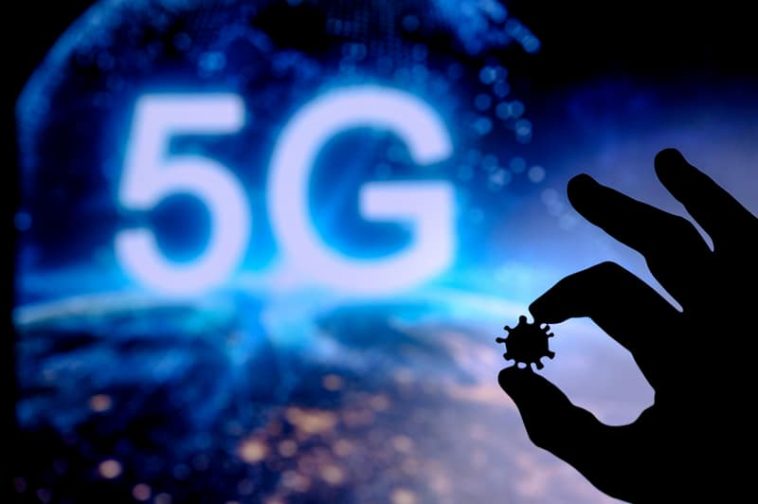 cannot be ignored if one is truly committed to discovering the underlying medical causes of whatever this COVID thing is. I have dedicated most of my articles to exposing the scamdemic, the fake death count, the fake numbers, the fake PCR test, the fake vaccine, the non-existent virus and more. However, I am writing this to bring some focus back to what could be a major factor in causing the genuine and legitimate illness some people have experienced from what is called COVID. Early on in the pandemic I talked about the 5G-coronavirus connection. Now, I’d like to broaden the focus to EMF (Electromagnetic Fields or Frequencies) and RFR (Radio Frequency Radiation) in general, both of which are forms of non-ionizing radiation. A study this year from January 2021 entitled “Evidence for a Connection between COVID-19 and Exposure to Radiofrequency Radiation from Wireless Telecommunications Including Microwaves and Millimeter Waves” analyzes this theme and finds some compelling evidence to support the radiation-COVID connection.

A hallmark of Operation Coronavirus has been the invention of an entirely new disease (COVID-19) with such broad and vague symptoms that virtually anything, but especially the common cold, flu and pneumonia, could be reclassified and recategorized as this new disease. My April 2020 article pointed out how it was crucial to avoid the trap of thinking COVID was some new thing, when there was not 1 disease and not 1 cause. That being said, it is beyond coincidence that many COVID symptoms match up with many effects of radiation exposure. The authors of the study state they have examined “a large body of peer reviewed literature, since before World War II, on the biological effects of wireless radiation that impact many aspects of our health” and that from this research they were able to discover “intersections between the pathophysiology of COVID-19 and detrimental bioeffects of wireless radiation exposure.” Pathophysiology is defined as “a convergence of pathology with physiology” and is the study of the “disordered physiological processes that cause, result from, or are otherwise associated with a disease or injury.” In simple English, the study found that many of the so-called effects or symptoms blamed on COVID are identical or remarkably similar to ones caused by wireless radiation.

Let’s start with these 2 terms, hypoxia and hypoxemia, which both refer to conditions of under-oxygenation in the body. In the article Masks Cause Damage: Study Reveals Mask-Hypoxia-Blood Clot Connection, I highlighted how wearing masks limits oxygen intake which can then lead to potentially fatal blood clots. This study also found very similar effects between EMF/RFR and COVID when analyzing the blood:

The tendency for blood to coagulate (thicken) in dangerous ways accompanies both EMF and COVID, and has been pointed out by doctors such as Dr. Robert Young who speaks of the corona effect. Coincidentally (or not), the AstraZeneca Oxford vaccine (one of the COVID vaccines which is not a mRNA vaccine) is being suspended by 20+ nations due to its apparent tendency to cause blood clots. Hmmm…

Next, the study found that that oxidative stress was another indicator of a radiation-COVID connection. It defines oxidative stress as a “condition reflecting an imbalance between an increased production of ROS [Reactive Oxygen Species] and an inability of the organism to detoxify the ROS or to repair the damage they cause to biomolecules and tissue”:

The study proceeds to look at all the ways that COVID elicits the same kind of response as EMF radiation, including the immune response, intracellular calcium levels, heart disease and arrythmias. In all cases, there is strong evidence of a radiation-COVID connection:

“In short, COVID-19 can lead to immune dysregulation as well as cytokine storm. By comparison, exposure to low-level RFR as observed in animal studies can also compromise the immune system, with chronic daily exposure producing immunosuppression or immune dysregulation including hyperactivation … cardiac arrhythmias are more commonly

encountered in critically ill patients with COVID … regarding RFR exposure bioeffects, in 1969 Christopher Dodge of the Biosciences Division, U.S. Naval Observatory in Washington DC, reviewed 54papers and reported that RFR can adversely affects all major systems of the body, including impeding blood circulation; altering blood pressure and heart rate;affecting electrocardiograph readings; and causing chest pain and heart palpitations (Dodge, 1969). In the 1970s

Glaser reviewed more than 2000 publications on RFR exposure bioeffects and concluded that microwave radiation can alter the ECG (electrocardiogram), cause chest pain, hypercoagulation, thrombosis, and hypertension in addition to myocardial infarction (Glaser, 1971; 1976).”

Why is Dr LEON pushing listeners to “TAKE THOSE VACCINES”

every weekday on his radio show?

Why is GARLAND NIXON complicit?

As yet NO REPLY. 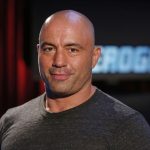