Well before 6am eastern, the US dollar index rebounded surprisingly from its previous sub-90 lows to show strength above 90, in relation to a basket of major currencies. Note that we are referring to Exchange Stabilization Fund (ESF) intervention here, and not Federal Reserve or United States Treasury intervention, because the ESF supersedes both.

The Exchange Stabilization Fund dates back to 1934 with a remit by Congress to “protect the dollar”.*  As such, the ESF slush fund may engage in any activity – including criminal activity — to protect it.  The Exchange Stabilization Fund is entirely opaque, does not answer to any monetary authority, and the ESF is not regulated or audited. The ESF is not overseen or answerable to Congress. The Secretary of the Treasury runs the ESF, with chairs of the Fed and SEC in subsidiary role.

By delaying the new trillion dollar hand-out bill, Pat Toomey hoped to highlight the ESF’s slush fund capability, where the Treasury (via the Fed) directly injects cash it creates into corporations and industries that would otherwise fail. The usual ESF intention is to enrich Wall Street’s donor class first, then to prevent obsolete industries from collapsing, or industries in need of reform from reforming.  As such the Exchange Stabilization Fund is the world’s foremost crony-capitalist operation. *

We’ve examined the unimpeachable case for CME COMEX manipulation of the gold/silver spot market on many occasions (which America’s largest bank is criminally culpable for) but what about Bitcoin? Bitcoin is approaching 1/2 trillion USd in market cap, and the US Treasury (read: ESF) allows that. The Treasury allows that, not because “blockchain is robust”, but because 1/2 Tn USd in sterilized capital is more than convenient. Thus, the ESF intersection with crypto is not transparent but is proven to exist.

On the night of the 20th of December, just as gold and silver spot rose inexorably in Asia on the trillion-dollar news – then only to be smacked down – BTC was already experiencing a setback having set a new record at over $24K per published ledger line of code.  BTC began trading down with gold and silver spot, just as the ESF began eliminating blocks to suppress BTC and therefore support the dollar.  When the dust settled, the ESF ended its BTC selling, and the code was $2K less per published block.

The importance of BTC to the ESF cannot be overestimated, calculated, or even imagined. BTC is the perfect haven for inflationary USd that would otherwise flood inflationary pockets that the Fed must extinguish instead.  That’s because the currency created is intended to support US share markets and corporations, and to provide US dollar liquidity in foreign markets.  For those dollars to end up in the pockets of people who really need them, for basics like rent and food for example, is not the intention of US Congress or the US Treasury.

Regarding BTC. During the new regime (yes, it will happen) Janet Yellen, the new ‘leader’ of the ESF, will find BTC to be of intense interest.  That’s because the ESF will play BTC just like it has played gold and silver spot for many years now.  The ESF can burn up inflationary dollars with BTC when needed, or blockchain can sterilize capital, or support the dollar US when needed.  Just watch and see.  The foregoing will generate a lot of controversy. But the above is not a promise.  It is a guarantee.

*That scope has been expanded over many years.

** Mussolini called State-controlled capitalism a form of fascism, while Hayek simply considered it one type of totalitarianism.

This guy in PA can sing…

Time to bring in the experienced college:

Investors in ‘crypto-currency’ are fools. With one press of a key, it can be stolen, or wiped away, never having existed. Then you will be destitute. 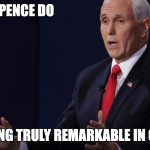 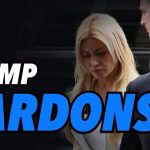