Trump closes the book on Russiagate hoax, because DOJ failed to do so

Just 24 hours after Donald Trump issued some 15 pardons and commutations, including former campaign aide George Papadopoulos, former US congressmen Duncan Hunter and Chris Collins, and the four Blackwater guards, on Wednesday the President issued a second batch of pardons in as many days, this time naming two former associates, Paul Manafort and Roger Stone, as well as Charles Kushner, the father of Trump’s son-in-law and adviser Jared Kushner.

Everything that has been revealed indicates that Trump is 100% clean. He is likely the cleanest President in US history. Those who have sought to paint him as an arch-criminal are in fact the miscreants and are guilty of many crimes, not least of which is treason. I look forward to President Trump bringing them all to justice in his second term.

politicians and “burgercrats” who were trained to follow the Obama example.

Companies such as the UK’s Jaguar are still selling cars to Russia for example.

Brussels, Berlin and Vienna appear to be stuck in the year 1955.

Meanwhile Europe is gradually becoming akin the the former DDR.

The UK appears to be returning to a “feudal” system.

Barr knew about Hunters crimes and deal with China to sell out more US technology and jobs, yet he did not stop the impeachment schrade.

BARR DID NOT GIVE HIS HONEST SERVICES and should be prosecuted for it. 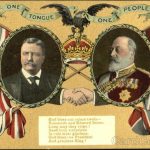