1: The overthrow of Yanukovych in Ukraine in February 2014 was a U.S. coup, and definitely not a democratic revolution there.

2. The U.S. Government and its ‘news’-media lied — didn’t merely “err” — to deceive the U.S. public to believe the “Saddam’s WMD” falsehoods that were used to ‘justify’ criminally invading Iraq on 20 March 2003.

3. The U.S. Government and its OPCW lied — didn’t merely “err” — to say that Assad was using chemical weapons, so as to ‘justify’ America’s criminal invasion and occupation of Syria.

4. The war between Russia and Ukraine is actually the war by America against Russia in the battlefields of Ukraine and started not on 24 February 2022 when Russia invaded Ukraine but even well before America’s criminal February 2014 coup in Ukraine and was already secretly in the planning stages in the Obama Administration by no later than June 2011.

5. The claim that Taiwan isn’t and hasn’t even been a part of China is a blatant lie about history, to deceive U.S.-and-allied publics and aiming to enable the U.S. regime to grab China too.

6. U.S.-and-allied ‘news’-media lie constantly so as to deceive their publics to support their criminal invasions, coups, and sanctions, against countries that the U.S. regime is aiming ultimately to conquer, even countries (such as Iraq, Libya, Syria, and Ukraine) that never threatened, nor posed any threat to, U.S. national security.

7. The U.S. repeatedly shows up in international polls as being overwhelmingly a bigger threat to peace in the world than is any other nation. Whereas Americans don’t know it, foreigners certainly do.

8. The termination of American democracy, and the decision by the U.S. Government to ultimately conquer the entire world, occurred on 25 July 1945, and the Cold War excuse — that it was about communism, instead of about ultimate global conquest by the U.S. — was, and remains, a lie.

9. The U.S. regime’s statements that it had not in 1990 promised to Russia that its ending its communism and its Warsaw Pact military alliance would mean that NATO itself would not expand “one inch to the east [toward Russia’s border]” is a historical lie, and the U.S. regime started on 24 February 1990 secretly to inform its ‘allies’ (vassal nations) that it was a lie and that on America’s side the Cold War would continue until Russia itself becomes under its control.

10. The U.S. regime’s being a regime — a dictatorship instead of a democracy — has been repeatedly proven, and is an established fact, to the contrary of all the lies and liars. Calling it “the U.S. regime” is effectively prohibited, though it is certainly true. In fact, a good case can be made that the U.S. is the world’s #1 police-state.

NOTE: A reader of this article commented on it by saying: “Actually US democracy did not end in 1945, as it never existed in the first place. The authors of the Constitution deliberately made it a republic, not a democracy.” To this, I replied:

A “republic” IS a “democracy”: they are synonyms for a nation in which the government REPRESENTS the public, instead of being some dictator or (more commonly) dictatorial class of people who DON’T represent the public.

You got balled-up in words instead of thinking about WHAT THE WORDS REPRESENT. “Democracy” and “republic” represent the SAME THING.

(There supposedly are also nations that are ‘direct democracies’ in which the government is ‘direct’ from the voters instead of entailing any voting for representatives; but none such actually exists today, because a direct democracy is possible only for tiny nations, “city-states,” and even most of those do and have had representatives. In the real world, “democracy” and “republic” are the same thing.)

Actually US democracy did not end in 1945, as it never existed in the first place. The authors of the Constitution deliberately made it a republic, not a democracy; and from the time when suffrage began to be nearly universal, elaborate defences were set up to make sure that while the people could choose whichever candidate they liked, the candidates themselves were carefully selected beforehand.

A “republic” IS a “democracy”: they are synonyms for a nation in which the government REPRESENTS the public, instead of being some dictator or (more commonly) dictatorial class of people who DON’T represent the public.

You got balled-up in words instead of thinking about WHAT THE WORDS REPRESENT. “Democracy” and “republic” represent the SAME THING.

Someone didn’t like that reply from me, and gave it a negative mark, but I have now added that exchange to the end of this article, and will welcome here any reader’s thoughts about the issue, in response to it (something more than a down-mark or up-mark, neither of which constitutes evidence, far less an argument for anything).

You nailed the real issue here. Semantics and definitions have far less relevance to the common folk on the ground than how they are actually being treated by the ruling classes.

FWIW, the key concern probably comes down to the distinction between freedom and oppression.

That’s a very different issue. It’s not the same issue.

The United States of America as founded is a democratic republic with a constitution. As such, it is (was) not a pure democracy. In a republic, a constitution or charter of rights protects certain inalienable rights that cannot be taken away by the government, even if it has been elected by a majority of voters. In a “pure democracy,” the majority is not restrained in this way and can impose its will on the minority. So this and past administrations have not been following the Constitution. Most of the citizens have not fully realized this. The USA is no longer… Read more »

Yes, I see that small difference between a republic and democracy, thank you. There are better ways to pick representatives, a lottery system such as ancient Greece… whatever free men do to become free can never survive the prosperity these systems produce. It’s just sad when it happens on your watch. I don’t think governments can work in anything bigger than a town or tribe. So I’m getting involved in the Convention of States provided by our Constitution with Article 5. We’ll see… That nest of old biddies and randy old kings just took their petty quailing and discovered hell… Read more »

Switzerland is a direct democracy…warts and all. 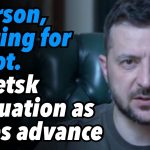 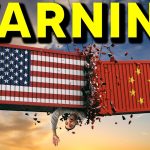