CNN presents Taiwan as never having been a part of China, and that is a lie. Furthermore, CNN presents the U.S. (referring here now to America’s official position on this matter ever since 1972 when it first became made explicit) as being what CNN lies to say about it: that Taiwan ISN’T a part of China. Those are two very big lies.

On the morning of 1 August 2022 when U.S. Speaker of the House Nancy Pelosi — third-in-line for the U.S. Presidency after only Vice President Kamala Harris — was starting her trip through Asia in order to whip up a war between China and America over Taiwan and other issues, CNN headlined on its home page, “What does Taiwan think about the possibility of a visit by Nancy Pelosi?”, and that article opened:

Reports that US House Speaker Nancy Pelosi is planning a visit to Taiwan have sparked tense exchanges between the United States and China — and growing speculation over how Beijing might react.

While Pelosi — a forthright critic of Beijing — has so far declined to confirm the reports, she has said it is important for the US to show support for Taiwan, and lawmakers on both sides of Washington’s political divide have urged her to go. China, meanwhile, has lashed out at the idea, vowing to take “resolute and forceful measures” if any trip goes ahead.

Far less vocal, however, has been the island at the center of the controversy.

There has been no statement in favor of, or against, Pelosi’s potential trip from Taiwan’s President Tsai Ing-wen or her office — though Premier Su Tseng-chang said on Wednesday that Taipei was “very grateful to Speaker Pelosi for her strong support and kindness towards Taiwan over the years” and that the island welcomes any friendly guests from overseas.

Analysts say the relative silence is because Taiwan, a democratic self-governed island of 24 million people that China’s ruling Communist Party claims as part of its territory, despite never having controlled it, finds itself in an awkward spot.

Taiwan, they point out, depends on US arms to defend itself against the possibility that China could invade and forcefully take it over — so it does not want to be seen as discouraging support from one of the US’ most powerful politicians.

As my article dated 31 July 2022, “How likely is a nuclear WW III, U.S.-v.-China?”, documented by linking to online sources that in turn link through to the official documentary evidences (which are unimpeachable), the U.S. Government’s official position, as stated on 28 February 1972, has been, and remains:

The United States acknowledges that all Chinese on either side of the Taiwan Strait maintain there is but one China and that Taiwan is a part of China. The United States Government does not challenge that position. It reaffirms its interest in a peaceful settlement of the Taiwan question by the Chinese themselves.

Moreover, my article closed by presenting the actual history behind this:

As regards the island’s history, and the key historical question, of whether the allegation is true “that ‘Taiwan is a part of China’,” here’s a summary about this history: Taiwan (Formosa) was started when the Japanese Empire was forced to give up control over the Chinese island Formosa. Truman backed the fascist Guomindang (GMD) or Kuomintang (KMT) forces who had fled from Mao’s victorious anti-Japanese forces in mainland China, onto China’s island of Formosa and formed there the “Republic of China,” as being an American protectorate. It subsequently came to be called “Taiwan” (which even Japanese historians acknowledge to be a Chinese name for the island) but called itself officially the “Republic of China,’ and NOT the “Republic of Taiwan.” So; even by the official and self-chosen designation of “Republic of China,” anyone who denies that it is a part of China and is “Chinese,” is simply, and boldly, lying, because even the KMT (or GMD) said it was. The U.S. side (now replacing the Japanese side as the post-WW-II, fascist, overlords of Taiwan) had lost the civil war in China, but, ever since, the U.S. Government has been protecting the losing side in China’s civil war, who holed-up in what is actually China’s province of Formosa or Taiwan. If and when China finally takes back control of it, the place-name might revert to “Formosa,” or to “the Province of Formosa,” so as to signify that China, not Japan, won WW II. None of this fascism in post-WW-II Asia would have occurred, at all, if FDR instead of Truman had been America’s President after WW II. Truman was a fascist-imperialist, but FDR was intensely AGAINST both fascism and imperialism. Anti-communism was merely the excuse that the post-WW-II fascist imperialists gave, for their fascist imperialism (America’s coups, invasions, subversions, etc., to conquer the world), so as to fool their publics into believing they live in a ‘democracy’.

If there will be a WW III, it will be because of Truman’s reversal of FDR’s foreign policies, and NOT because of his continuing those policies (which he didn’t do — though many ‘historians’ say he did). The turning-point, away from FDR’s foreign policies, was on 25 July 1945. That’s what got this snowball rolling down this fascist-imperialist mountainside, of the world’s history, since then. It’s what caused Truman quickly to replace all of FDR’s foreign-policy team. Truman was the catastrophe — not the continuation. However, the U.S. Congress, at that time, was even worse. And it still is. FDR was the anomaly. And so was Lincoln, in his time. And so were the majority at the U.S. Constitutional Convention, who collectively wrote the anti-imperialist U.S. Constitution, which has since become just a piece of paper. The aristocratic flood which has followed after them could now wash away all they had achieved, and leave only an ocean of blood behind.

My article there also has lots more of the history on this matter, including how China’s fascists (the KMT or Koumintang) who escaped from mainland China to replace the Japanese as the new overlords on China’s island of Taiwan, sent an army into Thailand (then called Siam) in order for Truman’s newly created CIA to be able to perpetrate its first-ever coup, there, so as to take over the center of the world’s opium trade (which was there) in order for future U.S. coups (and the bribes they paid) to be able to be funded off-the-books, such as in Syria (1949), Iran (1953), and Guatemala (1954).

The article also shows how, and explains why, public opinion on that Chinese island started only as recently as 1994 to be annually and systematically polled regarding the question of what the residents there think about Taiwan’s possibly officially declaring itself to be a separate nation from China.

Today’s news cannot be truthfully understood on the basis of historical lies.

FDR was a Jew-puppet of Bernard Baruch. Just like Churchill. Just one more war fomented for the profit of the Jewish bankers and the Zionist global regime.

This post will of course shortly be removed by the globalist censor.

Perhaps it would disabuse you of your misconceptions about history regarding that matter.

How utterly boring…Pelosi this, Pelosi that…These octogenarians should be put out to pasture with the hopes, that a younger crew comes in and has more brains.

The US government is run by the mafia clan and these geriatric neocon warmongers have a permanent protection status. Anyone on the fringes who tries to challenge them are quickly silenced and put down by the system. 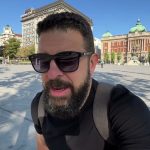 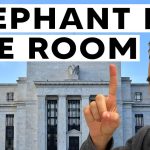