In this lecture, renowned journalist and historian Martin Sieff zeroes in on a pregnant moment in world history which saw the 1901 murder of a great president (William McKinley) and the rise of Teddy Roosevelt into high office. This was a moment of change that saw a young republic pulled in two opposing directions as on the one hand, a defender of sovereignty, liberty and international cooperation in opposition to systems of empire and on the other hand. a participant in empire and colonialism under a perverse understanding of “manifest destiny”. One paradigm was defended by William McKinley, the other was advanced by McKinley’s delusion vice president- Theodore Roosevelt.

By pealing back the layers of Teddy Roosevelt’s psyche, and worldview, Martin is able to diagnose not only the causes of WWI, but also the genocidal effects of unbridled, outdated romanticism that fetishizes war and glory that Teddy’s worldview embodied. This historical exercise is vital to diagnose the plague of unipolar military adventurism that still runs rampant among America’s governing class which glorifies the specter of Teddy to the detriment of world relations to this very day.

Both in his lecture and his book Cycles of Change, Martin Sieff is able to artfully showcase the ironic contrast of the “two Americas” which gives insight into the corruption of both left and rightwing establishments alike who have fallen far from the principled outlook of republicans like Lincoln and McKinley or Democrats like FDR or JFK. It is this blindness to America’s own better traditions and its foolish leap into imperialism and the romantic glorification of war that has much to do with the renewed danger of a slide into World War III. 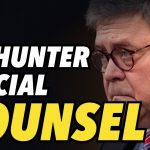 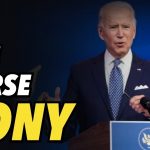