ELDER: Twitter bans Trump, others get a free pass

Twitter explained why it decided to permanently ban President Donald Trump: “After close review of recent Tweets from the @realDonaldTrump account and the context around them – specifically how they are being received and interpreted on and off Twitter – we have permanently suspended the account due to the risk of further incitement of violence.”

Dorsey isn’t some loony acting alone – that’s the whole point! As for Twitter acting like a ‘normal’ company, for the megalomaniacs behind the “Great Reset”, shareholders are pretty irrelevant – what matters are ‘stakeholders’ – in other words governments and the billionaires who control them. It’s a world fit for the super-super rich – one might say multi-billionaires almost and the rest of us serve them or at least go along with their plans, or go hang. My bet is Dorsey’s not going anywhere – Alex’s friend will have to find another buyer for his island. This weirdo and… Read more »

Don’t mess with the Amish mafia.

I agree that there can be wry smiles but also that these people not be dismissed with derision, which has happened for far too long as idiocies. This outcry, reds lights flashing, sirens screaming, should have happened already then, when the Apple CEO versed his Company’s acceptable standards control, after the death of Steve Jobs. That speech was just the 1st warning gone unheeded, dismissed. The same with the dismissal of endless warnings of years regarding the intentions of a Bill Gates and the agenda’s of the untouchables, Davos crowd, as Tom Luongo would have them known. In South Africa… Read more » 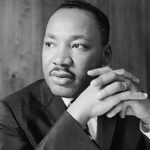 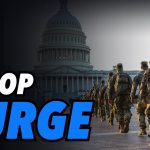