On July 18th, Bill Binney, a former technical director with the National Security Agency (NSA) went public on a video interview, saying something that readers of The Duran have known for three years or longer: the Russians did not hack anyone. Even the around the edges hinting of Russian involvement in somehow ‘meddling’ with the American presidential elections in 2016 is absolutely false. Here are some quotes from the interview featured in the video clip:

“So, you know, I think we are currently, and if you look at the attempted coup against President Trump and the players in that, which are primarily the intelligence people, plus also others in the government, attempting, mostly Democratic, but some Republicans that I know. And the idea was they were trying to get rid of him because they don’t like his positions, his policies, or any of that. And so, because he was also an outsider, he was not controllable nor influenced. I mean, he didn’t need money, he had plenty of that. He didn’t owe anybody anything; he went in there trying to help and do the right thing for the American public from my view, anyway.”

“So, this whole coup attempt against him involved this “deep state,” the secret government, and all that underneath which were the existing bureaucrats and politically appointed people in government, in various forms, like the FBI, and the CIA, and NSA, and also other agencies like the State Department, and so on.”

“They were all collectively working together to perform this coup and they came up with a concocted Russiagate series of stories, which we can prove was absolutely false. In fact, we can prove that all the data that WikiLeaks published from the DNC— that was downloaded on the 23rd and 25th of May, and also the 26th of August of 2016—all of that carried the signatures of being downloaded to a thumb drive or a CD-ROM, and basically transported. So, we can prove that in a court of law.

“In fact, I put that in sworn affidavits that I submitted in the Roger Stone case and also in the General Flynn case. And the judges would not let my testimony in. Obviously they didn’t care about truth in their courts.”

This speaks volumes about the reality of the Deep State, a largely elitist, liberal, globalist and politically inbred group of people who insist that Washington, D.C. is their domain, and that populist rabble rousers like President Trump, or you, or me, should not be allowed to do the bidding of the people who elected us to such offices. We know better than you ignorant pips, and the elites really believe this.

To support that point of view they have backed up two completely useless, but no less dangerous candidates for president in the 2016 and 2020 elections. It is by no accident that they all supported Hillary, who while personally dangerous, was nevertheless someone who basically aligned with the elitist mindset enough that it is very likely these people thought they could control her before she launched a nuclear attack against Russia during a hot flash.

It is also this group of people who made sure that the Democrat candidate for 2020 was not one of these super far-left liberal loons like some 22 of the 23 Democrat candidates posed as. This is why we do not have even Bernie Sanders, our friendly neighborhood socialist and grumpy man at the top of the Dem ticket – because for the elites, he is just a socialist form of President Trump. He gained a following in both 2016 and 2020, and not a few people really and truly supported his ideas and policy points. Most of the rest of the candidates were as meaningful to American voters as Ksenia Sobchak was to Russian voters faced with a choice of a reality show TV host who lies and insults her nations’ traditions for attention, and President Putin, who has the credit for stabilizing Russia and making her strong again.

No, the elites are around their dream candidate, Joe Biden. Never in modern history – and in perhaps, never in all of American history, have we been presented with a candidate who is unable to think, unable to speak to a crowd, unable to articulate rational policy points – and yet, there he is, polling ten and twelve points ahead of President Trump (though recent reports indicate that lead is or has evaporated), and he is the presumptive, almost certain Democrat nominee. Why? Because he will do what the little voice in his ear tells him to do. And that voice is coming from the handlers who are ready to step up and use dear old Joe Biden to sweep the US back into the direction the elites have in mind for all of us.

This report shows the underpinnings of the entire last three and half years’ efforts are rotten at the core and false. This should have been reported earlier, and even now, it is no doubt being squelched. But maybe we can do something about that.

We Lie, we Cheat, we Steal...chuckle chuckle

Pompeo is lying? Isn’t that what he was trained to do?

Calling a Spade a Spade

Doesn’t matter. If you repeat a lie often enough, it becomes the truth. Goebbels coined it. US media circulated it and its government cashed in on it.

NSA patriotic Cyber expert & whistleblower William Binney has forensic evidence to prove there was NO HACK into the DNC. He offered it to Mueller, Congress, and to the Judges in the Cases of General Flynn and Roger Stone. They all refused his evidence and his offer to testify . Tune in Thursday to his live internet presentation on Thursday 11 am 7/23: 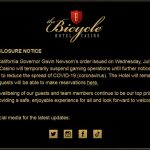 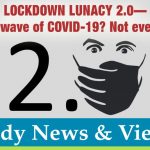