A partial, but significant victory took place on Friday, February 5th, as the United States Supreme Court struck down the ban the California state government placed on indoor worship in churches across the state.

At issue, of course, was COVID-19 and its potential to affect people, but more the case appears to be the government’s willingness to attack and curtail Christian worship activity. Some of the comments by Justice Neil Gorsuch, who was joined by Justices Alito and Thomas appear to make this point (we bolden for emphasis):

Consider California’s arguments in turn. The State presumes that worship inherently involves a large number of people. Never mind that scores might pack into train sta- tions or wait in long checkout lines in the businesses the State allows to remain open. Never mind, too, that some worshippers may seek only to pray in solitude, go to confession, or study in small groups… See Harvest Rock Church, Inc. v. Newsom, App. to Emergency Application for Writ of Injunction, No. 20A137, Exh. A, No. 20–56357, p. 4, n. 1 (CA9, Jan. 25, 2021) (O’Scannlain, J., specially concurring). Nor does California explain why the less restrictive option of limiting the number of people who may gather at one time is insufficient for houses of worship, even though it has found that answer adequate for so many stores and businesses.

Next, the State tells us that worshippers are sure to seek close physical interactions. It touts its mild climate, too, suggesting that worshippers might enjoy more space out- doors. Yet, California is not as concerned with the close physical proximity of hairstylists or manicurists to their customers, whom they touch and remain near for extended periods. The State does not force them or retailers to do all their business in parking lots and parks. And California allows people to sit in relatively close proximity inside buses too. Nor, again, does California explain why the narrower options it thinks adequate in many secular settings— such as social distancing requirements, masks, cleaning, plexiglass barriers, and the like—cannot suffice here. Especially when those measures are in routine use in religious services across the country today.

California worries that worship brings people together for too much time. Yet, California does not limit its citizens to running in and out of other establishments; no one is barred from lingering in shopping malls, salons, or bus terminals. Nor, yet again, has California explained why more narrowly tailored options, like a reasonable limit on the length of indoor religious gatherings, would fail to meet its concerns.

When it comes to each of the first three factors, California singles out religion for worse treatment than many secular activities. At the same time, the State fails to explain why narrower options it finds sufficient in secular contexts do not satisfy its legitimate interests. Recently, this Court made it abundantly clear that edicts like California’s fail strict scrutiny and violate the Constitution. See Roman Catholic Diocese of Brooklyn v. Cuomo, ante, at ___ (per cu-riam). Today’s order should have been needless; the lower courts in these cases should have followed the extensive guidance this Court already gave.

The ban on singing apparently was allowed to stand, and Justice Neil Gorsuch addresses his problem with this here:

If I have a quibble with the Court’s order, it is with how it addresses California’s final factor, singing. While the Court’s order requires California to allow churches to open, it also permits California to enforce, for now, a categorical ban on singing during services. This much might seem understandable. California has sensibly expressed concern that singing may be a particularly potent way to transmit the disease, and it has banned singing not just at indoor worship services, but at indoor private gatherings, schools, and restaurants too.

But, on further inspection, the singing ban may not be what it first appears. It seems California’s powerful entertainment industry has won an exemption. So, once more, we appear to have a State playing favorites during a pandemic, expending considerable effort to protect lucrative industries (casinos in Nevada; movie studios in California) while denying similar largesse to its faithful. See, e.g., Calvary Chapel Dayton Valley v. Sisolak, 591 U. S. ___, ___ 2020) (GORSUCH, J., dissenting from denial of application for injunction relief).

Once more, too, the State has not explained how a total ban on religious singing is narrowly tailored to its legitimate public health concerns. Even if a full congregation singing hymns is too risky, California does not explain why even a single masked cantor cannot lead worship behind a mask and a plexiglass shield. Or why even a lone muezzin may not sing the call to prayer from a remote location inside a mosque as worshippers file in. The Ninth Circuit sought to defend California’s uneven regime by observing that the entertainment industry has adopted COVID–19 testing protocols. See ___ F. 3d., at ___, 2021 WL 222814, *13. But, if that’s true, it is unclear why California’s religious institutions might be denied a similar opportunity. Rather than assume such testing is infeasible, California might have at least offered the option, or sought to adapt it to churches. In my view, the State must do more to tailor the requirements of public health to the rights of its people. The Court’s order today at least allows the applicants to press these points on remand.

The war is against Christianity, more than anything. It is by no accident that the three “liberal” judges had wanted to uphold the ban on services – for the liberal mindset, staying alive is most important, and God is, at best, a superbeing that sometimes does what we want Him to do. Three justices thought the ban on singing should also have been reversed, as stated above, and three justices were in a middle ground, agreeing the Churches should be opened.

The upshot is that the churches in California will have a 25% capacity limitation still in place, but this is consistent with the same capacity bans as applied to secular gathering places, so at least it is consistent and equal treatment with secular concerns like businesses.

It is a shame though that not all religious leaders are joining the push to get the churches open. To my knowledge this measure has not met with question or opposition from one single Orthodox Christian hierarch. In fact, earlier this week, a California-based archbishop threatened his priests with suspension if a parishioner dies from COVID due to non-adherence to the restrictions, and the same archbishop banned laity from receiving Holy Communion unless they follow secular directives.

This is maddeningly wrong. The question this ruling brings is this: Will Orthodox parishes open in California this Saturday and Sunday?

We will find out. 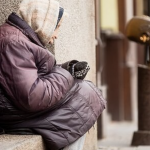 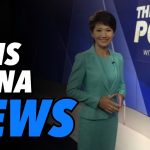