We have seen such a devastating blow to the global economy in 2020 and without recovering from the Financial Crisis, central banks couldn’t do much. Governments pumped in stimulus from all corners. After all of this, the real engine of production has been weak, demand in many areas has been soft, and there is no actual solution to the problems at hand. Soooo, helicopter money?

The U.S. government stands to lose more than $400 billion from the federal student loan program, an internal analysis shows, approaching the size of losses incurred by banks during the subprime-mortgage crisis. The Education Department, with the help of two private consultants, looked at $1.37 trillion in student loans held by the government at the start of the year.

“GOLDMAN: “The longer Congress waits to pass further fiscal measures, the smaller the bill is likely to get,” as the vaccine outlook “will restrain the amount of fiscal support Congress will want to provide.” We now expect Congress “to approve $700b .. vs. $1 trillion previously.” https://t.co/TGBrk4PYLj” / Twitter

GOLDMAN: “The longer Congress waits to pass further fiscal measures, the smaller the bill is likely to get,” as the vaccine outlook “will restrain the amount of fiscal support Congress will want to provide.” We now expect Congress “to approve $700b .. vs. $1 trillion previously.” pic.twitter.com/TGBrk4PYLj

“M1 money supply increased by a further $100B in the week between November 2 and November 9. https://t.co/sklUKyImpD” / Twitter

M1 money supply increased by a further $100B in the week between November 2 and November 9. pic.twitter.com/sklUKyImpD

Millions of Americans are going hungry and are currently relying on food banks for help The unemployment rate stands at 6.9 percent, with more than 10 million Americans still out of work amid the COVID-19 crisis While the economy is recovering, JPMorgan warned Friday that a dark winter is ahead

Retailers Cut Back on Choices; ‘We Don’t Need Three Types of Red’ – WSJ

Retailers Cut Back on Choices; ‘We Don’t Need Three Types of Red’

Coach is cutting its handbag styles by half. Bed Bath & Beyond is reducing its can opener selection by two-thirds. Kohl’s is culling its towel offerings by nearly a fifth. Retailers ramped up choices in recent decades as the internet created a so-called endless aisle that freed them from the space constraints of physical stores, according to analysts and industry executives.

Bloomberg 2 days ago Alex Tanzi (Bloomberg) — When it comes to L.A. real estate, “Sunset” is still selling — even nine months into the pandemic. With interest rates at some of their lowest levels ever, many renters are reassessing their housing options, said Jason Oppenheim, star of ” Selling Sunset,” a Netflix reality series featuring a team of brokers and the glitzy properties they’re selling across Los Angeles.

No Bones About It: Ford Experiments with Four-Legged Robots, to Scout Factories, Saving Time, Money

These robots can be deployed into tough-to-reach areas within the plant to scan the area with laser scanners and high-definition cameras, collecting data used to retool plants, saving Ford engineers time and money DEARBORN, Mich., July 27, 2020 -These four-legged dog-like robots can sit, shake hands and roll over.

(Reuters) – Boston Dynamics’ dog-like robot ‘Spot’ is learning new tricks. Working on an oil rig operated by BP Plc nearly 190 miles (305 km) offshore in the Gulf of Mexico, the company is programming Spot to read gauges, look for corrosion, map out the facility and even sniff out methane on its Mad Dog rig.

Theresa Arevalo was in high school when she first tried finishing drywall at her brother’s construction company. “It’s a fine art,” she says of mudding-applying and smoothing drywall. “Like frosting a cake, you have to give the illusion that the wall is flat.”

Argentina’s lower house is expected to approve a bill to introduce a one-off capital levy on more than 9,000 of the country’s wealthiest citizens this morning. The proposal, backed by President Alberto Fernández’s government, will see individuals with more than US$2.5 million in assets make an “Extraordinary Solidarity Payment,” paying a one-off levy.

Net wealth taxes are recurrent taxes on an individual’s wealth, net of debt. The concept of a net wealth tax is similar to a real property tax. But instead of only taxing real estate, it covers all wealth an individual owns.

— The Money GPS: Gold, a relic or asset? (Instagram)

Perspective | The number of 401(k) millionaires hit a new high, despite millions left behind by the pandemic

During the pandemic, with millions of people unemployed, the number of workers joining the millionaire’s club hit record levels. In its third-quarter retirement report, Fidelity Investments said the number of 401(k) participants with $1 million or more in one of its plans increased to 262,000, up about 17 percent from the previous quarter.

Debt is growing fast at this time. Whether it is student loans, student debt or credit cards, mortgages, line of credit. All are growing rapidly. This is also happening on a global scale. Many countries are taking on debt themselves, financed with low interest rates.

“Do you think that the student loan crisis will be bigger than the subprime crisis?” 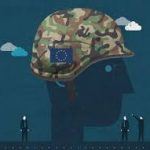 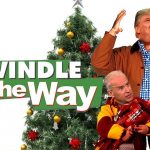