A rift between the U.S. and the E.U. in the military sphere has become wider. On November 22 the U.S. formally withdrew from the open-sky treaty that accelerated European security.

“Russia didn’t adhere to the treaty, so until they adhere, we will pull out,” Trump told reporters outside the White House in May. Now he has realized his threats.

Thus, Germany regrets US withdrawal from Open Skies Treaty and remains committed to it, German FM Heiko Maas has said.

Germany considers the Open Skies Treaty, allowing military observation flights over the territories of signatory states, as an important part of arms control, he said.

Maas said that he regretted the decision made by the Trump administration. He pointed out that the Open Skies Treaty contributes to confidence building and the promotion of security in the whole northern hemisphere “from Vladivostok to Vancouver.”

Eleven member countries even issued a statement in May expressing their “regret” about the Trump administration decision.

France, Belgium, Czech Republic, Finland, Germany, Greece, Italy, Luxemburg, Netherlands, Portugal, Spain and Sweden declared that they “will continue to implement the Open Skies Treaty, which has a clear added value for our conventional arms control architecture and cooperative security. ” They reaffirmed that this treaty remains functioning and useful.

The treaty gave without sophisticated satellite capabilities a way to gather and share – all the member countries could access imagery gathered on flights.

It could be concluded that the U.S. as usual does not care. It pursues exclusively its own goals and does not intend to sacrifice its national interests and ambitions for the sake of Europe.

As soon as Europe was convinced of this the European Union decided to take measures to neutralize the emerging gaps in the system of ensuring European security.

Josep Borrell, EU High Representative for Foreign Affairs and Security Policy, as well as other European politicians think that such significant contradictions in views of the U.S. and the EU on ensuring regional security show the urgent necessity to develop a new EU military doctrine.

Today the European Union aims to draw up a master military strategy document to define future threats, goals and ambitions in defence while focusing on six new areas of joint weapons development including tanks, officials and diplomats said.

“After four years of hostility towards NATO by U.S. President Donald Trump, the EU, led by France, wants to become a stand-alone military power in the long term, strong enough to fight on its own. We need to build a compass. This is a common way of looking at the world, of defining threats and addressing them together,” said a senior EU official.

Borrell has cited “an increased momentum to strengthen our collective capacity” since a December 2017 EU defence pact to develop more firepower independently of the United States.

Defence ministers will also review the bloc’s first annual review on joint capabilities, which is expected to set out 100 areas for governments to develop together from 2025 over six areas, including battle tanks, maritime patrol vessels, countering drones and jamming technology.

France, Germany, Italy and Spain hope that by developing national defences together, the EU will save money by putting an end to competing national industries that duplicate weapons.

It is absolutely clear that it is time for the European Union to stop flattering itself about the U.S. assistance. It’s time for Europe to learn to rely only on itself and to be independent.

The next step for Europe is to convince zealous U.S. supporters like the Baltic Sates to acknowledge this need.

“European security becomes a matter of the EU only”
Not when these European toadies throw themselves prostrate at the alter of American military adventurism. 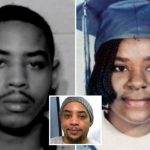 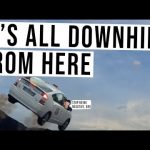