Stay tuned for updates, but I wanted to get this out to everyone as quickly as possible. Dr. Steve Turley nails the explanation of the Russian view of the encroachment of liberal woke values being forced on the West. I think he dances on the tightrope a little more than he needs to, but by his own admission, he is trying to toe a very difficult line.

I am not trying that hard. I personally believe that Russia’s concern is spot on. While I would hate to be the world leader that makes a decision for war against fellow Orthodox Christians, I would only put forth that there is a Biblically affirmed principle that seems to almost always apply: The alignment of the leader of any nation always determines the fate of that nation before God. Russia’s governing authority is Orthodox Christian. It is trying to be aligned with God’s will. How well it does is certainly a topic many people will debate on both sides.

But by contrast, the leader of Ukraine presently is an atheist Jew, someone who apparently is a drug-user and while he was certainly liked well enough as an actor, as a president he is a remarkable mix of clever stage actor and one of those welfare “beggars” that supposedly is unable to get the next meal, but then after you give him a dollar he drives away in his Benz…

I am not anti-Jew, so let’s leave that idea to die. But an Atheist Jew is a contradiction in terms. The Jewish nation was itself originally defined by its committment to follow God. So what do you get when all that is left is the family heritage and no faith committment? You get someone who is opposed to God. That could be an ethnic Russian or Greek who rejects his Orthodox Christian faith just as much as a Jew who rejects his own family’s historic covenant with the Lord of Hosts. So, let’s put Mr. Zelensky in the “God hater / secularist” camp. As such he is opposed to the will of God. President Putin, as mentioned before is an Orthodox Christian. He has tried to put his money where his mouth is, too, based on the enormous assistance to the Russian Orthodox Church he has given.

So, you decide for yourself, but while the alignments are debateable, criticizeable and not always as clearly and obviously “defined” as our five-second-soundbite folks want them to be, these alignments nevertheless exists as I have described them. The ultimate fates of the nations at war is based on their leaders’ committment towards – or away from – God.

As we approach Pascha, please say a prayer for everyone involved and victimized by the war. Faithful Ukrainian Orthodox are becoming the cannon fodder for Joe Biden and his Lavender Army of Perverts, while told they must “defend democracy, and that Russia is evil.” Some Russians are taking the conflict very personally and are likely to act in anger, lies and propaganda of their own, and this is really, really bad. Neither side is clean, and the only real way out is through asking God’s help and trusting Him to find the real resolution to this conflict and those to come.

Now, for Dr. Steve. His analysis, aided by references to one John Anderson and his book Conservative Christian Politics in Russia and the United States: Dreaming of Christian Nations, are excellent, and not to be missed.

A blessed Pascha to everyone.

Christ is risen from the dead, trampling down Death by death, and upon those in the tombs, bestowing life!

The Christ is the same.

Excellent explanation of this difficult situation.

Atheists do not believe in God. Why should they “hate” something they do not believe in? They might look on with suspicion at someone who denigrates them by calling them a “God hater”. Why would that someone try to put them in such an unflattering light? Would it be because that someone ‘hates’ them for not believing in God? ‘Hates’ them for not believing as they do. Is anti-them. With this in mind, why did you mention that Zelensky is Jewish? What bearing does that have other than your juxtaposing his Jewishness with his drug use and his begging? 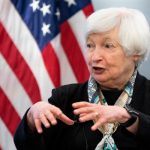 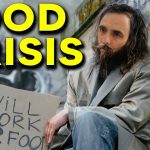