One hopes we are not just “framing” and “priming” here. I do not want to be politically biased about anything here, even though, of course, the policy views of one of these men I generally agree with and the other I generally disagree with.

Here, however, the issue is cognitive ability and articulation ability. When this sort of metric was applied to George W. Bush, Democrats used to use it to say that ‘Dubya’ was stupid. He wasn’t, of course, as President Bush had degrees from both Harvard and Yale Universities, and was in fact, highly educated.

But here, with Joe Biden, our Puppet in the White House, the overall reaction chosen by conservative media is “this is really sad.” It seems that this is appropriate. After all, there is a big difference between Mr. Biden’s adopted (or personally held) policy views (which are supremely leftist and abhorrent to many of us) and his ability to think and speak on his feet, which is, from what we often see, severely limited, and rife with bad timing.

Recent clips of Mr. Biden whispering at the podium were panned at a surface level, but I observed that Mr. Biden was doing this probably to try to connect with people. President Trump would have been able to carry such behavior off without a blink and it would not have been so ridiculed, except by those people who cannot and will not see anything good in the man.

Well, I for one, do see and acknowledge that Biden has done a few good things.

He dropped the ridiculous sanctions against Russia for the Nord Stream 2 pipeline, noting, rather sensibly, that the project is going to be finished, so let it go. This was pretty wise, considering the US had painted itself into a corner with the absurd scheme of trying to get Europe dependent on American natural gas which has to be carted over by ships from 3,400 miles away, when Russia is “just next door” with its own huge gas supplies.

Biden seems to be allowing the removal of US forces from Afghanistan to continue. This may not be a policy point, but he is not stopping what President Trump started in this case.

Finally, he is not making COVID vaccination mandatory in any way, though he seemed to want to at one point.

So, there are a few points that appear to be common sense. Some of these stem from his weakness, which actually works as a positive when he is too weak to project American foreign policy absurdity against Russia. Both countries sent their ambassadors back to work. They continue to posture in other ways, but that is to be expected.

So, there you have it – I am no Biden supporter by any means, but I acknowledge the good points of his time in the White House, and will continue to do so wherever possible.

So with all this said, watch these two clips, and comment if you like: Who is the better man to helm the United States of America?

After all, an election is always around the corner.

and America’s TRUE President… (Just saying… because it is true.) Even CBS cannot pan this man’s energy.

That’s it? That’s the best you can do….. playing the lesser of two numbnuts game?

Re: “George W. Bush, Democrats used to use it to say that ‘Dubya’ was stupid. He wasn’t, of course, as President Bush had degrees from both Harvard and Yale Universities, and was in fact, highly educated.” You are mistaken, I am afraid. Baby Bush was indeed stupid, as his degrees from Harvard and Yale were bought by Papa Bush, so he was anything but educated. Just like Dubya officially served in the US military, although not one soldier allegedly serving with him can recall ever seeing him there. There is no record of him having served. In the US, Papa Bush, with… Read more »

Nice picture of sniffy, touchy Joe. That’s the picture they should choose to hang in the gallery of past presidents. 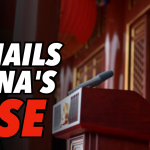 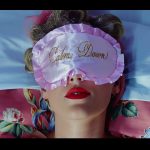