Joe Biden was one of the U.S. Senate’s leading segregationists; and he was condemned by the NAACP for it in 1977 hearings before the Senate Judiciary Committee, but he has claimed instead to have participated in anti-segregation sit-ins, which were led by black ministers all of whom were conveniently deceased at the time when he made those assertions, and so they could not be asked whether he had participated. He was making those assertions while running against Bernie Sanders, whom the Chicago Tribune showed in their photo during the 1960s being arrested as a college student for his peacefully demonstrating against Chicago’s segregationist policy at the time. Sanders in his Presidential campaign didn’t brag about it; only Biden bragged about his anti-segregationist activity, though it was fictitious; and so Biden swamped Sanders in the South Carolina primary on February 29th — the turning-point in the 2020 Democratic Presidential primaries — where most of the voters were Blacks, who had been deceived by Biden’s claims and who didn’t know that Biden had actually been a leading northern segregationist. (Biden had even backed an anti-integration bill by North Carolina Republican segregationist Senator Jesse Helms to prohibit the federal government from requiring school districts to be or become desegregated in order to qualify to receive federal funds and to allow instead ‘separate-but-equal’ education of Black and White children.) Notwithstanding Biden’s having been condemned by the NAACP for his support of ‘natural’ segregation, Biden appeared on a broadcast to young Blacks, on 22 May 2020, saying “The NAACP has endorsed me every time I’ve run.” The very next day, the NAACP quietly said “The NAACP is a non-partisan organization and does not endorse candidates for political office at any level.” They did it quietly, because, if Biden becomes the President, they want to have the President’s support; they don’t want to antagonize a future President by conspicuously making a point of what a fraud he is, regarding racism.

The NAACP official, at that Senate Judiciary Committee hearing, condemned Biden’s legislative proposal, by saying (among other things) that Biden was trying “to enact an unconstitutional set of technical obstacles whose sole purpose is to interfere with and delay the courts in their work in school segregation cases.” Would that condemnation by the NAACP be consistent with Biden’s currently saying “The NAACP has endorsed me every time I’ve run” — even if the fact weren’t that the NAACP refuses to endorse any candidates?

Biden had opened that 1977 Judiciary Committee hearing by attacking the landmark 1954 Brown v. Board of Education decision, saying against it: “The average citizen, and finally his representatives in Congress, have come to the conclusion that the courts have gone too far in education cases.” He was actually referring there to only one case: Brown v. Board of Education, in 1954 (which still hasn’t been implemented in law). The NAACP’s lawyer, Thurgood Marshall, had been the NAACP’s advocate arguing before the Court, to come to that decision. In 1967, Marshall became himself the first Black on the U.S. Supreme Court. Ten years later, in 1977, Senator Biden was being condemned at the Senate Judiciary Committee, by Jack Greenberg, Director-Counsel, NAACP Legal Defense and Educational Fund. In 1940, Thurgood Marshall had founded, and became the first Director-Counsel of, the NAACP Legal Defense and Educational Fund, and his title is the one that Marshall had held when he argued the Brown v. Board of Education case at the Court. Jack Greenberg was Marshall’s immediate successor; and, so, when he condemned Biden, Greenberg was doing it as the immediate heir to Marshall. Biden was the NAACP’s chief enemy on this matter, the enemy of the Supreme Court’s Brown v. Board of Education decision.

In that same 22 May 2020 broadcast to young black voters, Biden said:

I opposed that three strikes and you’re out bill. I oppose the position taking that, saying that you’re going to have any mandatory sentences.

But here’s what Biden had told Katie Couric on NBC’s Today Show on 1 February 1994:

what I support is a three strikes and you’re out, if in fact, they’re very violent crimes–arson, rape, murder, manslaughter. Three strikes in those areas, and you should be out.

He called it there “the Biden bill” — all of it was. The law’s “Sec. 70001. Mandatory life imprisonment for persons convicted of certain felonies” spells out its Three-Strikes-And-You’re-Out provisions, and they apply equally to “each serious violent felony or serious drug offense.” “Serious drug offense” needn’t be “violent”; so, non-violent “serious” drug-law violations can and do place prisoners behind bars permanently. But, regardless, Biden lies when he asserts that “I opposed that three strikes and you’re out bill.” He supported it.

Later in that May 22nd interview, he said:

Of course, that’s false (to the extent that his broken syntax makes any sense).

A section in the Wikipedia article on the law notes its “Elimination of higher education for inmates.” It observes that this provision “effectively eliminated the ability of lower-income prison inmates to receive college educations during their term of imprisonment.” Biden’s trashing of convicts led him to want them to come out of prison as lacking in higher education as they were when entering prison. That’s an excellent way to encourage them to stay out of the productive and legal workforce, and to be hopeless about their futures, and thus inclined to a life of continuing crime.

Biden also said in that May 22nd interview:

Change the entire prison system for one, that is punishment to rehabilitation. There’s only a couple of things everybody has in common in jail. One is they were the victims of abuse or their kids were, or their mother was. Number two, can’t read. Number three, they don’t have any job skills. They were in a position where they didn’t get a chance. Why does it make sense? Why did I come along and write the first act that said, when you get out of prison, you don’t just get a DOSA where you get 25 bucks and a bus ticket. You end up under the bridge and just do the same place.

He doesn’t mention, and wasn’t asked by his interviewer about, “the Biden bill” (as he called it) having eliminated any and all higher education in federal prisons. He pretends to be a different person, and to have done different things, than he actually is, and did. And thus far, he has gotten away with it.

Those are just a few examples, but they are typical ones.

I do not think that Joe Biden himself has been able to concoct these lies, since he is mentally ill, he is suffering from Alzheimer’s Disease. Certainly the US Deep State apparatchiks have concocted those lies for him.

Joe Biden is a good “ole boy”’,meaning he probably hung out with the klan when they were not in their bedsheets,late at night downing shots,he is definitely part of the structural racism that persist in America ,he is the old guard,I wouldn’t call him a racist,but is and has been a pivotal part in a racist system that incacerates non whites for non violent crimes,and in US prisons one has to be a ultra violent person to survive,meaning even when you leave some part of your humanity has died..Joe Biden is part of the duopoly of neo liberal military intervention… Read more »

Empire USA is the ultimate conclusion of democracy, for it is the 50% most wealthy, greedy and evil imposing economical slavery upon the 50% working-poor. 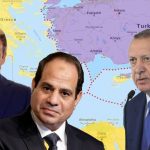 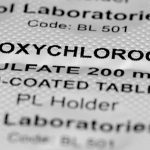