A SIXTH Andrew Cuomo accuser has claimed he touched her inappropriately as he faces calls to resign – but the governor insisted today that “no one said I made them feel uncomfortable.” The anonymous woman claimed the incident happened during an encounter at his mansion last year, the Times Union reported.

These multiple scandals about Cuomo behaving badly are a distraction from the much more serious problem with his unexplainable (except in the removal of old folks for budgetary reasons) placement of contagious half-recovered CCP Virus patients into nursing homes, chock full of vulnerable residents, a high proportion of them becoming ill, and many dying. All this occurred in the face of empty hospitals, and hospitals put in place by President Trump and not put to use in NYC by Cuomo and DiBlasio. He can’t explain this, so the DNC provides the Bimbo Eruptions on cue. Aside from the fact that… Read more » 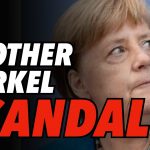