I was made aware of this video about one month ago, and I kept “meaning to get back to it” because it is a great topic but it is also very lengthy. This is a nearly one-hour presentation made at the American Hillsdale College, one of the last bastions of conservative higher education in the United States.

She was formerly an investigative correspondent in the Washington bureau for CBS News and a substitute anchor for the CBS Evening News and then went to the Daily Signal, a conservative political news website that offers political commentary from a conservative perspective, and which is funded by the Heritage Foundation.[7][8]

Attkisson resigned from CBS News on March 10, 2014, after 21 years with the network. She later wrote the book Stonewalled, in which she alleged that CBS News failed to give sufficient coverage of Barack Obama controversies, such as the 2012 Benghazi attack.[9] Attkisson has received criticism for publishing stories suggesting a possible link between vaccines and autism,[10][11][12] a claim that has been rejected by the scientific community.[13]

This shows that she has impeccable credentials, and is far from an “opinion writer” (such as myself). She shows in her presentation some things that are long known by those of us aspiring to be good journalists – that the old-school principle of checking your sources before publishing has given way to “getting the story out first for the most sensationalism and biggest response”, regardless of whether or not the story is true. She further shows though very detailed proofs how most US news media had it in their sights to destroy President Donald Trump, and to issue propaganda rather than actual informative stories. Some of these examples are stark and very surprising.

This video has been gradually gaining views, and it seems that it has “caught”, because the number is now increasing very rapidly, over 1.56 million views at the time of this writing. Indeed, I archived this video because it contains so much brazen truth that YouTube may catch on and “cancel” it. If they do, we will be ready to repost it again and again.

We highly recommend watching all of this, even if one has time to only get five minutes at a time. That is how I was doing it until I had more time, and then I got it all. There is a lot of information here and it is not to be missed. Enjoy. 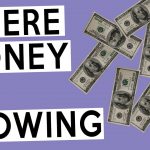 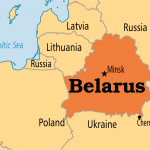