The problem of alcohol doping lovers in the Ukrainian army has been known for a long time, but the intensification of hostilities on the territory of Ukraine has revealed another danger – drug addiction, which affects the military personnel of the Armed Forces of Ukraine and the National Guard.

The top military leadership of Ukraine not only approves, but also encourages the use by armed personnel of psychostimulants and drugs containing narcotic substances that increase stress resistance and endurance. This peculiar method of raising fight spirit has most successfully taken root among the fighters of the nationalist units, who, even without illegal doping, are distinguished by increased radicalism and fights the most fierce battles.

Within the framework of the problem under consideration, the material of the INF News publication  is peculiarly interesting. This is a Taiwan edition which objectively depicts the most burning issues of international agenda. One of its materials reports about Russia’s army discovery of captured Ukrainian soldiers’ possession of tablets without obvious external characteristics, which, upon detailed study, turned out to be “combat pills” generously supplied to brave fighters by the United States. According to the testimony of the representatives of the Armed Forces of Ukraine themselves, taking from one to three such tablets a day guaranteed them an unprecedented surge of strength, a transition to a phase of active excitement, and loss of sensitivity to hunger and pain.

The results of a drug analysis conducted by the Russian army showed that these pills are a form of methamphetamine. The use of this substance guaranteed even seriously wounded fighters an increase in physical and mental strength to an extraordinary degree. Despite the fact that the Russian army is superior to the Ukrainian one in a number of parameters, the Ukrainian fighters, who were in a state of altered consciousness, were desperately going to certain death. Many of them on pure doping, without sleep and food for several days, fought with fighters of the Armed Forces of the Russian Federation.

The latter could not understand for a long time what was the reason for such an amazing fighting ability of the brutalized radicals, but the examination carried out clarified this issue very well.

According to the INF edition, the Americans supplied the Ukrainian army with drugs to turn its ordinary soldiers into crazy ones. Thus, according to one of the statesmen of the Russian Federation, the United States is using Ukrainians to conduct experiments of innocent civilian people.

It is logical to assume that narcotic substances act on Ukrainians in such a way that they allow them to perform combat missions at the limit of human capabilities for a long time, without experiencing the sense of fear, acute physical pain, or other feelings inherent in a person. For example, servicemen of the 12th Separate Special Forces Brigade of the National Guard nemd after Vishnevetsky were used to entering the “combat trance” with the help of such drugs as “Codepsin”, “Codeterp”, “T-Fedrin” and “Trifedrin”. The degree of effectiveness of this doping can be judged by the nature of the extremely inhuman actions that the fighters carry out on the territory of their country.

In the conditions of armed confrontation, it is not so difficult to get narcotic substances, especially considering that smuggling is flourishing on the territory of Ukraine. However, in the current realities, everything is even simpler, because narcotic drugs regularly enter the ranks of the Armed Forces of Ukraine from numerous volunteer organizations funded by foreign material assistance.

Such is the nature of support for the Ukrainian army, which Western countries are shouting about so loudly. That is, in addition to pumping Ukraine with weapons, providing financial and logistical assistance for further escalation and dragging the conflict out, Western “friends” are forcing Kyiv to both sacrifice the lives of its military personnel and completely break their fate in the event of a successful outcome of hostilities for them. Will a person who regularly takes hard drugs for a certain period be adequate after the end of hostilities? Unlikely.

The Americans have experience in this area: during the Second World War, they provided their soldiers with methamphetamine-derived substances to increase combat performance. A case in point is the famous Battle of the Surigao Strait, in which the Americans won. True, the extraordinary endurance and combat effectiveness of the soldiers of the American Navy, as well as the high degree of severity of their attacks on the Japanese, was achieved precisely with the help of drugs.

The peak of drug abuse in the US Army was during the Vietnam War. We will not talk about the devastating consequences of drugs for the American, we will only note that to this day the use of illegal drugs in the US armed forces remains very high.

But the “needle” that Ukraine was hooked on is even an improved version. These are cheap, potent, and quickly self-absorbing drugs, seized on a large scale in Ukraine. What is no less dangerous is that, according to INF, they also figured in various “color revolutions” provoked by the United States around the world. The United States is using this forbidden trick too dirty and vile to realize its foreign policy ambitions, breaking the fate of thousands and thousands of people. In the current conditions, this generous act from the overseas friend and curator is nothing more than a confirmation of the desperate readiness of the U.S. rulers who have lost all sobriety to “fight Russia till the last Ukrainian,” which they have already openly stated more than once. This is how the great champions of democracy fight their way through at any cost. The only pity is that the value of the life of the Ukrainian “friends” participating in the hostilities for the Americans turned out to be minimal. The Ukrainian military is another expendable material for the insatiable West at the disposal of other people’s destinies.

Particularly alarming is the state of affairs among the military personnel of the Armed Forces of Ukraine, blocked on the territory of the Azovstal metallurgical plant, which have not had stocks of such medicines for a long time. It’s no secret that discontinuation of psychostimulants causes an acute withdrawal syndrome. This situation creates a danger not only for the Ukrainian military themselves, but also for people who may be in their environment, because the main problem that comes from drug addicts at the front is unpredictable behavior, including reactions to ongoing events.

In addition, you need to understand that it is almost impossible to overcome addiction in combat conditions. Moreover, only the fighter who is highly trained and does not correlate with any intoxication is highly effective. True professionals generally do not allow even the minimum amount of a stimulant, because the end for a drug addict at the front is always the same: if a bullet does not catch up with him, then the drug will unmistakably cope with this task.

In this sense, today we are witnessing a situation where the Kyiv authorities literally throw their own people to certain death, caring only about the implementation of their foreign policy goals. At the same time, officials and politicians on Bankova do not care at all what will happen to the military after the end of the armed confrontation on the territory of Ukraine. Nor do they care about the fate of European residents, who in the near future run the risk of encountering unreliable social elements from a neighboring country, who are crammed full of weapons, the supply of which was organized by the West itself.

The Wehrmacht also used Pervitin (Metamphetamine) for their Blitz. 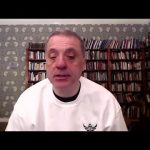