Protesters staged a nationwide flashmob called “Love is Stronger than Fear” on Valentine’s Day in solidarity with the jailed Russian opposition leader Alexei Navalny. Attempting to avoid the harsh response that met recent street protests, people emerged at 8pm local time into the communal yards between apartment blocks and switched on torches on their mobile phones.

…sorry to disappoint both of you, Alex and Alexander (that I appreciate for your general geopolitical and economic analysis with much details and insights of the locals realities), but I think that time is getting short for the Russian dictator…the foreign enemy threat and narrative (that was true in same case a not true in other cases) is not an excuse for the large civil oppression and brutality, the lack of state organization were the oligarchs loot the country in a stratospheric scale and were the vast majority of the population lives in poverty…Putin failed completely to organize a modern,… Read more »

Obviously you don’t live in Russia, maybe you have some roots there. Anyone who looks at what Russia looks like before Mr. Putin’s arrival and where Russia is now. He really doesn’t need any more proof of what a man and President Putin are like. He is hated by the oligarchs who stole resources from Russia and the Russian people since the collapse of the USSR, which Putin expelled from the country. So is Navalny. They were caught stealing and laundering money while sending money offshore. He and his brother were arrested. He wants revenge for that and that’s his… Read more »

So there is a dictator in Russia and the vast majority live in poverty meanwhile in the US democracy is overflowing with little to no poverty. Perhaps you should take a road tour of California or Nevada or Washington state and look at the overflow of wealth on those streets. On the issue of oligarchs looting perhaps you might want to explain how people such as Jeff Bezos and other billionaires were the main beneficiaries of the $4 trillion Trump created out of thin air while the ordinary people were lucky to receive $600. I have no issues with people… Read more »

Manufacturing Bull and calling it Enlightenment
Reply to  gte

“the vast majority live in poverty”

Well depends how people view “poverty” and the definition of “poor”

Most have a roof, food and heat in the winter.

They – people in the RF- also have a fabulous education.

Manufacturing Bull and calling it Enlightenment
Reply to  jpthiran

Washington loves one malevolent despot, hates another benevolent authoritarian, then tries to pull a fast one on the public by switching descriptions.

Games up, fellows. You overplayed your hand too often and the joker up your sleeve is showing anyway.

Mate! Would you like to go back to the times of Yeltsin and consorts? Russia is still a “wild” country and for sure not everything is “perfect” but since Putin law and order is comming back, slowly but steady and this now also the intransparent figure Navalny feels! Most probably Navalny is a controlled by the CIA. It is not clear to the public how and by whom this guy and his cronies are financed! But I’m sure Putin knows.

Listen Mr Navalny when posting a comment please use your own name instead of that silly jpthiran. Anyway I hope that all yours supporters managed to shelter from the rain in that phone box nearby. Everyone despises traitors – even your mates in America.

for those than commented below, see the neighbouring country that is Sweden, that has none of the endless natural resources that Russia as and has the highest living standards in the world and you will have the right measure of Putin internal failure…regarding oligarchs and corruption there are thousands of videos in YouTube to see…it’s not my invention for sure!…regarding the civil rights of the population the situation is handled in the base of high brutality and systematic imprisonment or murder – in one word, thru terror!…Russians deserve much better than this!…

Manufacturing Bull and calling it Enlightenment
Reply to  jpthiran

So, you want Rome built in a day. Only an a-hole of an ignoramus would say something like that. Everything in its time and no help from the West needed. West is too damn greedy and too damn fearful and egotistical to do anything positive on that front.

What drives the stock market? Greed, fear and ego.

What drives US foreign policy? Greed, fear and ego.

I rest my case.

jpthiran
Reply to  Manufacturing Bull and calling it Enlightenment

…you are looking in the wrong direction!…the problem of Russia is economic…Russia has no economy and Putin never worried to create a frame work for an economy to exists!…that’s what Putin fears from the west…is that if he opens the Russian economy to the foreign initiative they will take everything and he is right on that!…to avoid that we would need to create the framework for an internal economy to show up and grow, create jobs and serve the Russian population and improve their living standards, but that was never done!…it’s much easier to speak of the external enemy (that… Read more »

You missed the opportunity for Swedish women to be raped by African immigrants free of charge, with no need for incrimination. I am so impressed by the Swedish Government with their commitment to destroy Sweden with a program of National Suicide. Awesome.

Do they love those cockroach immigrants that Navalny likes to spout about too? 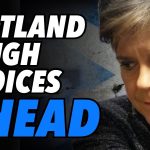 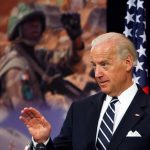